Canada’s women’s rugby head coach Francois Ratier has named squad for the Women’s Rugby World Cup to be held in Ireland next month. 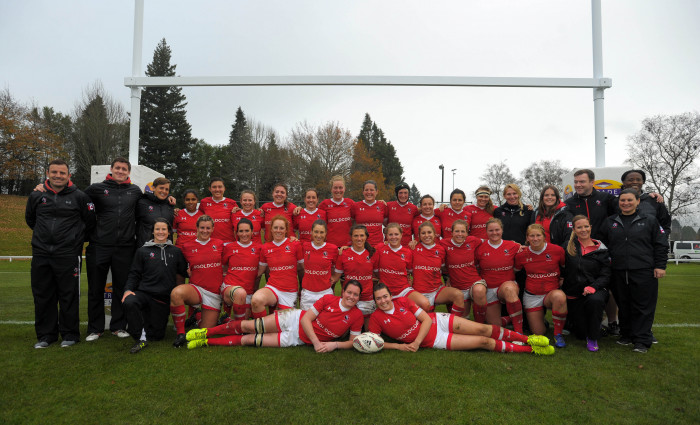 The squad features 18 returnees from Canada’s 2014 squad that won silver including captain Kelly Russell and player of the tournament Magali Harvey.

“I would say our capacity to respond to challenges is the greatest strength of this squad,” Ratier said. “We were hard on players in New Zealand and during the Can-Am Series to make sure they were not in the team just to wear the jersey but to perform in every game.

“They have responded well and we are expecting the same during this tough World Cup.”

“We want to keep some continuity in our work and it’s important for players to know each other on and off the field,” Ratier said. “We also have a non-travelling list of players who know our plans and culture.”

Canada beat the USA twice in March, winning 39-5 and 37-10 before heading to New Zealand for the IWRS. Canada finished third in the IRWS after a 28-16 loss to the Black Ferns, a 27-20 defeat to England and a resounding 45-5 win over Australia.

Heading into the Women’s Rugby World Cup, Canada ranks third in the world. In Ireland, they will face No. 2 ranked New Zealand, No. 10 ranked Wales and No. 23 ranked Hong Kong. All three pool games will take place at Billings Park UCD in Dublin.

“First we need to get through the pool,” Ratier said. “With this tournament format there is no room for mistakes.

“We will take it one game at a time and we will see where we are at the end but right now our entire focus is on the game against Hong Kong.”