England and Canada have named their teams for their third and final Autumn test at Twickenham on Saturday. 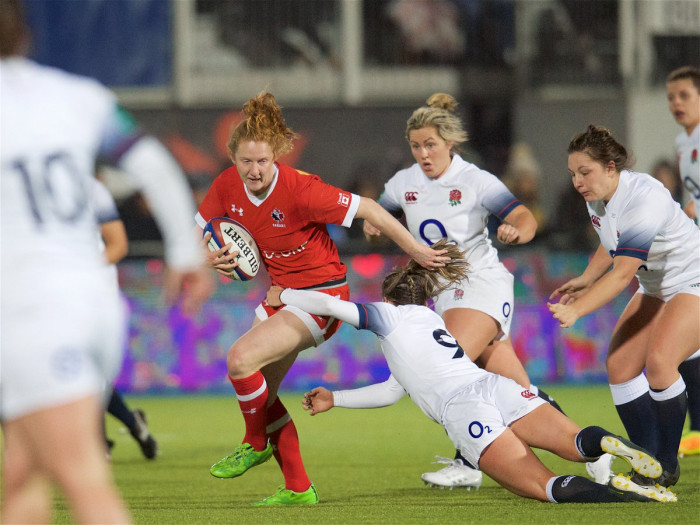 England have already won the series, thanks to two comfortable wins, and with such short turnaround between the games, coach Simon Middleton has made nine changes in all to his side.

Talented young Bristol centre Lagi Tuima is handed her first start and she's one of a number of young players in the team. Harlequins wing Jess Breach is back on the wing, after her 6-try debut last Friday. The other changes see Danielle Waterman returns at full-back with Rowena Burnfield at blind-side flanker. Abigail Dow is on the other wing to Breach, while up front Poppy Cleall is called into the second row.

Middleton said: “We set our stall out at the beginning of the series to win every game and we are focussed on delivering on that. It’s not going to be easy, as expected Canada were a very different side on Tuesday and we expect them to be better again come Saturday.

“As a team we are looking to improve certain areas of our play. We have done some great things across both games, particularly in our defence and finishing, but now we want to bring it together and deliver a more complete performance on Saturday."

For Canada Pamphinette Buisa moves to number 8 for the injured Cindy Nelles, while Janna Slevinsky wins her first test match debut at blindside flanker. In the backs, Justine Pelletier replaces Jess Neilson at scrumhalf and Emily Belchos - who was pulled from the starting team minutes before kick off on Tuesday due to injury - returns to inside centre.