Canada will defend their Pacific Fours title in June as the second edition of the competition welcomes Australia and New Zealand. 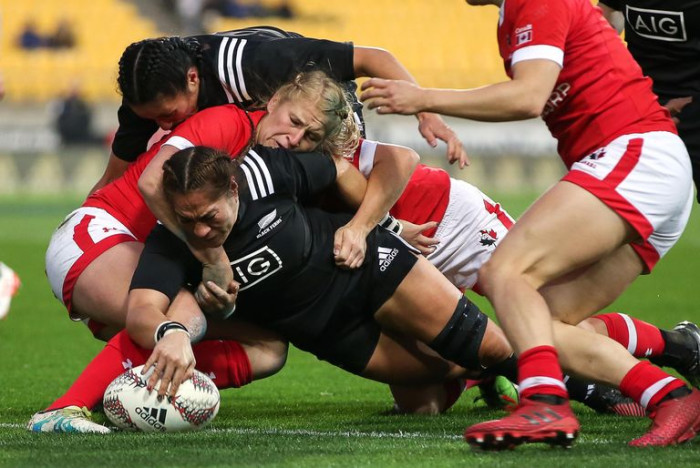 The dates for the first full Pacific Fours tournament have been announced.

Last year the first edition of the competition took place, involving only Canada and the United States as Australia and New Zealand were still locked down with COVID.

Canada won the title with a 2-0 series win against the USA in Glendale, but this time it’s going to be a lot tougher.

The series will take place over three weekends in New Zealand with the tournament also acting as a “dress rehearsal” for the World Cup, with the games taking place at two of the main World Cup venues – The Trusts Arena in Waitakere and the Semenoff Stadium in Whangarei.

The aim of what will be an annual tournament, which is being funded by World Rugby, is to “increase the reach, competitiveness and value of women’s rugby” and will be a key part of a fully-aligned global calendar for the women’s rugby’s top players which from next year.

Next year the top three teams will also qualify for WXV1, where they will take on the top three from the 2023 Six Nations. The team finishing bottom on the Pacific Fours will play in WXV2 alongside two teams from Europe plus teams from Oceania, Asia and Africa.

But that is next year. For this year spectators and TV viewers in New Zealand (where all games will be shown live on Spark Sport) will get to see four of the world’s top six teams in competitive action in what will be the largest women’s test rugby tournament staged in New Zealand since RugbyFest 32 years ago.

The tournament will also be a test of how much spectator support the World Cup will get, and whether New Zealand can follow or even build on the enthusiasm for women’s test rugby that is being shown in Europe. All of the games will be “double-headers” with the New Zealand game on second.

Black Ferns Director of Rugby Wayne Smith said the Black Ferns are looking forward to vital test match rugby: “It’s been a long time since we have played tests in New Zealand. We know how important it is for us as a group to get these tests but also how important it is for New Zealand as a country to have the opportunity to get excited about women’s rugby in the build-up to the World Cup.”

*Venue to be confirmed for Monday, 6 June matches