USA, Canada, Australia and New Zealand will compete in an annual series – the Pacific Four Series – from 2022. 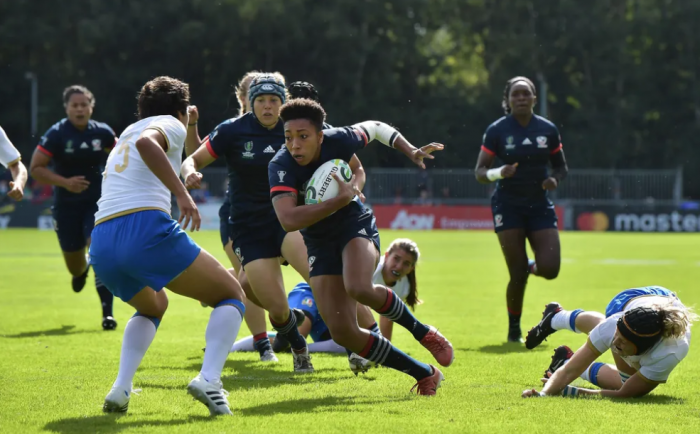 World Rugby has announced details of a new cross-regional annual international competition – the Pacific Four Series – which will feature Australia, Canada, New Zealand and USA and act as one of the annual qualification routes for the WXV, with the top three-placed teams competing in WXV 1 and the fourth-placed team competing in WXV 2 in 2023.

The two tests between Canada and USA in November will be the official launch of the series with the full four-team format starting in 2022 before the World Cup 2021.

The Pacific Four Series’ primary objective is to increase the reach, competitiveness and value of women’s rugby and will for the first time ensure that all four nations play test matches every year.

The series also has a sponsor Mastercard (unlike the Women’s Six Nations, which still has not found one after some years of trying). Mastercard and World Rugby will award a Fan of the Match and Player of the Match at 2021 Pacific Four Series matches

The format for the series will be announced in 2022.

“We had previously announced a new cross-regional tournament featuring New Zealand, Australia, USA and Canada as part of the WXV competition qualification structure, which starts in 2023.

“The Pacific Four Series will provide quality playing opportunities and further support teams as they prepare to compete at Rugby World Cup 2021 in New Zealand next year. We look forward to watching teams compete again at the highest level for what will undoubtably be a thrilling showcase of women’s elite rugby from some of the best teams in the world.”