Five days on from the end of the first Invitational, the same teams met again this week for a repeat – with the only difference being that France entered only one team. 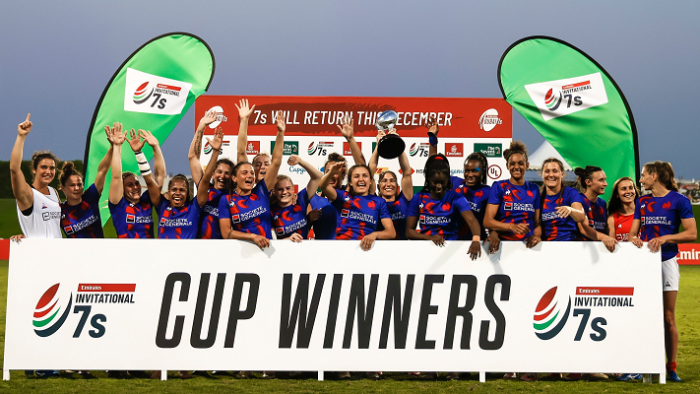 As a result, instead of being a single pool, there was room in the schedule for playoffs and a final.

The results were also remarkably similar, with the leading three teams being all-but inseparable, France losing narrowly to the USA again (they also lost to the USA in Madrid), Canada beating the USA, and France beating Canada.

Brazil were again not a match for the top three, but too strong for Japan and Kenya. Kenya again failed to win a game – but did manage a 10-10 draw with Japan.

Canada, France and the USA came to the final round of pool games knowing that only two can make the final, and again it would all come down to points difference. Canada, in third place going into the final round, with on paper the toughest task, upped their game and took Brazil apart 60-0. France followed suit with a 43-5 win against Japan and the USA were left with needing a 50-point win against Kenya, which seemed eminently possible, but could only manage 22-10.

Japan comfortably took fifth, the USA came from behind early in the first half to beat Brazil for third, and as the day moved into the early evening France took on Canada.

A terrific match saw France lead 12-0 at half time, before Canada fought back to 12-12 with a couple of minutes to go before a miskicked Canadian restart failed to go 10m, France took the ball and from the final play scored the winning try.