In the last five weeks we have seen 11 tests, involving nine of the 12 teams who will take part in the World Cup – Australia, Canada, Italy, Japan, New Zealand, Scotland, South Africa United States, and Wales. In addition, we also saw Fiji in the Oceania Championship earlier in the month. The other two World Cup teams - France and England – will be in action over the coming weeks. 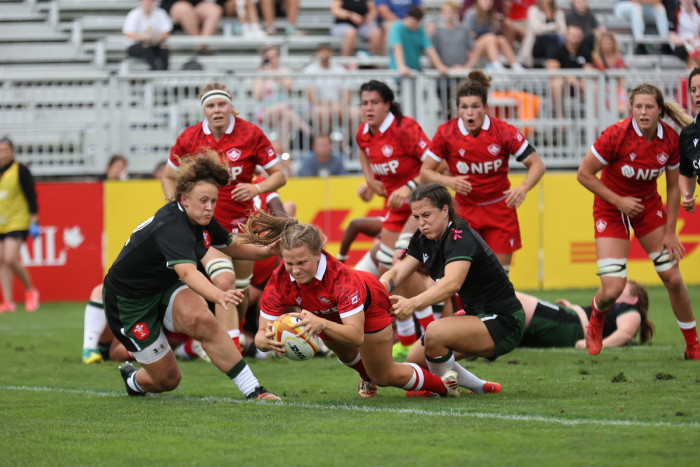 So, what have we learned?

South Africa will enter the World Cup stronger than they have ever been before. Three wins against teams who started out higher ranked has pushed them into an unprecedented 11th place in the rankings, and with every likelihood of further progress. It took a long time for the South African Rugby Union to take women’s rugby seriously, but now that they are, they are starting to tap into a huge pool of talent. This World Cup has come perhaps a few years early for them, and they are drawn in a fiercely tough pool, but as long they as look on this competition as a step on the road and they could be a real threat in 2025. As it is a quarter-final spot, that seemed so unlikely a few months ago, is an actual possibility.

This partly because South Africa’s crucial game will be against Fiji (16th October), a team which if anything has disappointed in the lead up -though we mainly have to go back to May. Their only test wins have been in the Oceania Championship, and although they won the title they it was not as convincing as perhaps we might have expected after their success in the Australia state tournament.

Maybe this is because rugby in Australia is not as strong as we assume it to be? Their loss to Japan in May was followed by last place in the Pacific Fours in June, and a hammering in New Zealand. Last weekend saw a significant improvement, but they will need to continue to improve if they are to take up a place in the last eight at the World Cup.

Japan after that win in Australia have, in truth, been inconsistent in the warm-ups since. Their most recent outings have burned bright at times, only to fade at others. It is almost as if they start with a game plan which, if it goes well, they perform admirably, but if it doesn’t perhaps lack a Plan B? That said, their win against Ireland was much more like it and with news that they will head for another test to play New Zealand, the popular Japanese team will be better prepared than ever.

Scottish rugby has been mired in turmoil since the death of Siobhan Cattigan and the fallout since and it will have been difficult for Scotland's players to prepare to play the USA. In the end though, it was a heartening performance and a narrow loss handing the troubled Scots a big boost. With New Zealand in their pool, Scotland will be battling Wales and Australia for a quarter-final spot, and on this evidence, it is not out of reach.

How the USA fare against England this weekend, will tell us more about where they are at, but coach Rob Cain might be a little concerned at how many chances his side created but couldn't quite convert. The USA players have had six weeks together in camp before heading to Europe for their warmup tours and top players like Hope Rogers and Alev Kelter look in excellent form.

Canada have finished their warmup games and have wasted no time in naming their World Cup squad, becoming the first side to do so. They head to New Zealand on the back of consecutive wins in home international test matches - 32-24 over Italy and 31-3 over Wales at the Wanderers Grounds in Halifax, NS – which marked the programme’s first games in Canada since 2015. They looked very impressive against Wales and bring an experienced squad including standouts Olivia DeMerchant, Laura Russell, Karen Paquin and Elissa Alarie. With a favourable pool, which they should top, Canada depart among the favourites.

Wales looked off the pace against the Canadians but missing a few key players, they'll have taken plenty back for their last few weeks of preparation. The Welsh kicking game looked improved, having been a key area of focus since the Six Nations, while defensively the side stood up to a much slicker Canadian team. All full strength, it is clear they can do well in their pool and will be targeting a very realistic quarter final berth.