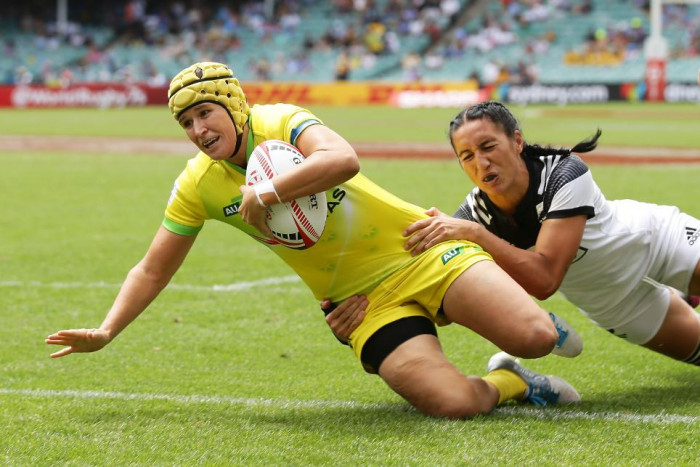 Rugby Sevens first appeared in the Commonwealth Games in 1998 and its success lead directly to the inclusion of sevens in other multi-sport Games, including the Olympics from 2016.

But, unlike other Games, a women’s tournament was not included as the original purpose for adopting sevens into the Commonwealth Games was to provide a men’s sport to balance the women’s sport of netball. However, the success of the Australian women’s team resulted in pressure to include a women’s event at this, Australia’s home Commonwealth Games – and future Games.

Whereas sevens opened the Olympics, for the Commonwealth Games it will be one of the last sports to start. The first two rounds of the women’s tournament take place on the evening of the 13th April, the final group games take place on the 14th.

The third placed teams in each pool will play-off for fifth and the fourth placed teams for seventh place on the morning of the 15th, after which there will be semi-finals, and bronze and gold medal matches.

Despite taking place in the middle of the World Series, this is clearly a tournament that none of the participants are treating as a distraction. The five World Series teams have selected their strongest teams as Australia in particular aiming to end coach Tim Walsh’s reign with gold.

Pool A, with three World Series teams (Australia, England and Fiji) competing for two semi-final spots appears the toughest of the two – though there are no weak teams in this event. South Africa have proven their ability to beat the best in the world, and Kenya too have recent World Series experience. Only Wales have not previously competed at this level.

England vs. Wales; Australia vs. Fiji