New Zealand and Canada kicked off the new Pacific Fours competition with wins in poor conditions in Tauranga. 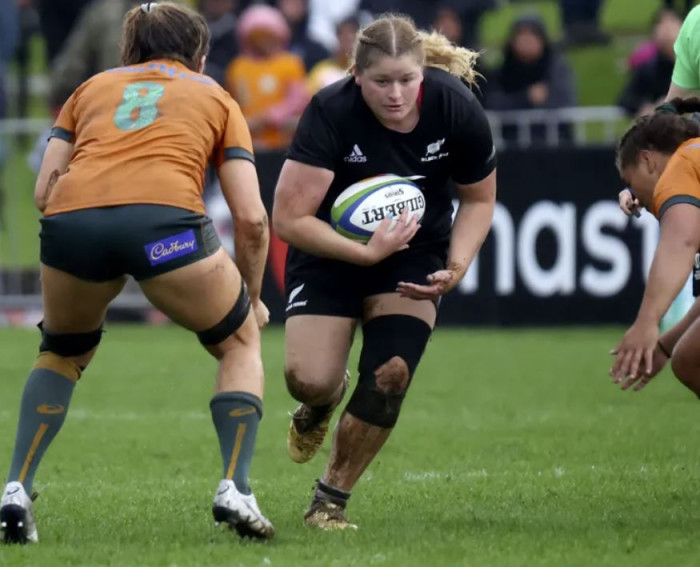 New Zealand come from behind to win

Australia led at half time against New Zealand, something they'd never before managed, but the home side did enough to secure a 23-10 bonus point win.

The win could have been more comfortable but Kendra Cocksedge couldn't make any of her four conversion efforts count in the slippery conditions.

But New Zealand finally managed to find a way through in the 32nd minute when powerful winger Ayesha Leti-I’iga went over in the corner.

A change of front-row at half-time significantly improved the Black Ferns' fortunes and having established a solid platform to play off, they profited by scoring three more tries without conceding any points at the other end.

Blindside flanker Alana Bremner was followed over by outstanding debutant Kaipo Olsen-Baker before Cocksedge, on the occasion of her record 58th cap for the Black Ferns, set up Leti-I’iga for her second with some nice handling.

“We’ll take a lot of confidence from matching it with them for 60 minutes in what were typical NZ rugby conditions that we don't experience that often in Australia,” Wallaroos captain Shannon Parry said.

“A bit of fatigue did set in but if we can match it for 60, we should be able to match them for 80 minutes-plus.

“These are all stepping stones to where we want to get to as a team at the World Cup at the end of the year."

The first match of the day went very much to form with Canada confirming their recent dominance over Rugby World Cup 2021 Pool B opponents USA.

The wet conditions made handling difficult and it was the Canadian pack that took a grip on proceedings. led by captain and number eight Sophie de Goede.

Olivia DeMerchant's early try for Canada was matched by the USA when Hallie Taufo’ou crossed in the corner but from that point onwards it was an uphill battle for the Women's Eagles.

DeMarchant got her second as the half-hour mark approached before Pamphinette Buisa added another from close range to send the Canadians into a 17-5 half-tine lead.

Within the space of three second-half minutes, Canada had put the result firmly to bed with two more tries. Courtney Holtkamp got another for the forwards in the 49th minute and then Buisa got her second, this time from halfway after a loose pass was picked up and ruthlessly punished.

USA managed to quell the storm thereafter and it was two minutes from time before Canada scored again, half-back Taylor Perry finishing off a rare free-flowing move.

The World Rugby Pacific Four Series continues on Sunday 12 June. USA take on Australia as both sides look for their first win in the opening match of the day, while Canada play New Zealand in what should be an equally tight encounter in the second fixture.