The Springbok women produced a positive display to kick their European tour off with a victory over the UK Armed Forces in Richmond on Friday night, with Stanley Raubenheimer’s team scoring five tries over the hosts to win this match by 31-12. 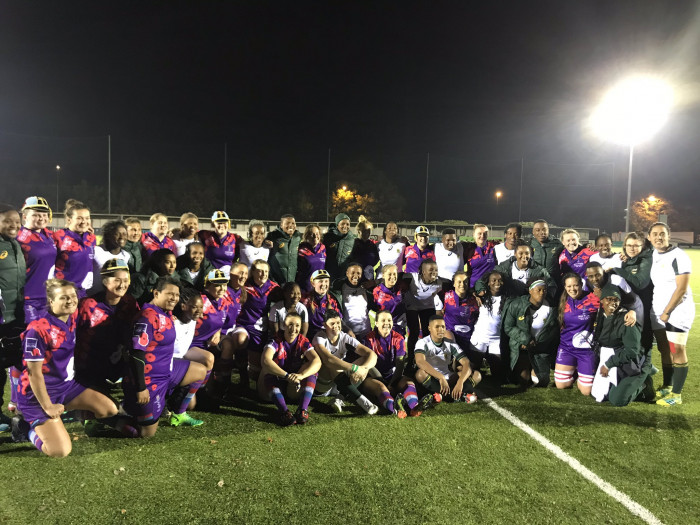 Aseza Hele and Alana-Lee Horne scored two tries each to add to a try by Nosiphiwo Goda, while Kirsten Conrad kicked two conversions and Zintle Mpupha one. The hosts could only reply with two tries and a conversion.

The UK Armed Forces struck first with a converted try to take a 7-0 lead, but the Springbok Women found their rhythm early in the second quarter and scored back-to-back tries, by Horne and Hele, within five minutes for a 12-7 lead.

The South Africans built momentum as the half progressed and Horne crossed the tryline for their third try, six minutes before halftime, for an encouraging 17-7 lead at the break.

The second half was closely fought as both sides defended well, but the hosts managed to break through and touch down with nine left minutes left on the clock to reduce their deficit to 17-12.

While the try gave the home team some hope, it was not to be as the Springbok Women bounced back strongly with two tries in the last six minutes. Goda and Hele crossed the chalk, while the conversions were added by Conrad as they secured a confidence-boosting 31-12 victory.

The match, which marked the first of South Africa's our games on their European tour, will be followed Test matches against Wales at Cardiff Arms Park on Saturday, 10 November, Spain in Villajoyosa on Saturday, 17 November, and Italy in Prato on Sunday, 25 November.