What is going on in South Africa? Part 2

The first part of this series our correspondent inside the South African game looked at problems with the domestic game, which – despite claiming more players than any other country – has seen a dramatic reduction in playing opportunities in some parts of the country.

In part two our South African correspondent turns to the national team. 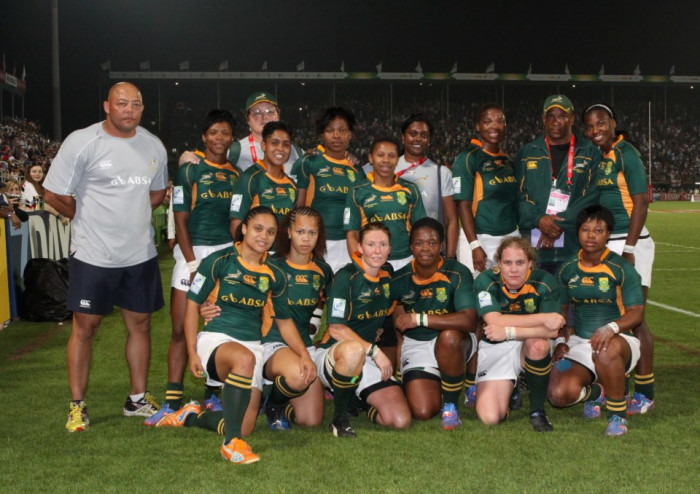 It has taken rather longer for us to publish the second part of this article on South Africa (for which we apologise) following feedback we received on Part One (including from SARU). We have successfully sought corroboration for everything said in both the first article and this, and have also had extra contributions from one or two players which we have now included below. We also sent SARU a draft of this article last week, but have not had any reply

When South Africa were forced to withdraw from the 2016 Olympics they won the sympathy of the rugby world. SASCOC – the South African Olympic Association insisted that that South Africa could not qualify as African champions as the quality was too low, so they had to qualify via the World Series. This meant that they had to finish in the top four - a near impossible requirement for a newly-promoted team.

However, it later it was revealed that this criteria had been agreed to by the SARU and that other sports successfully challenged and negotiated far less exacting requirements from SASCOC.

It was a decision that meant that South Africa’s sevens team not only missed the Olympics, but also any hope of winning back their place in the World Series for the following season.

But even if the Olympic decision was even partly out of SARU’s control other decisions have not been. The SARU themselves has either pulled South African teams out of, or have not entered:

The 2017 World Cup qualifiers (the Springboks would just have had to beat lower-ranked Hong Kong to play in Ireland);
The 2018 African Youth Games (a qualifier for the 2018 Youth Olympics); and
The 2018 African Sevens.

The consequences of the last of these also means that the Springboks will almost certainly be unable to compete for a place in the World Series until at least 2020 and will not even be an invitational team in the 2018-19 series, while the consequence of not being able to play sevens at the top of the world game in recent years means that South Africa are no longer the continent’s number one team having now slipped behind Kenya.

Our coach takes up the story:

“The decisions made in the last few years do not make sense at all to anyone who supports women's rugby in South Africa. The excuse they hear at ground level is that it is due to a "lack of funds" although this is not widely believed.

While the Youth Games were in North Africa, the 2018 African Sevens were held just over the border in neighbouring Botswana

“This problem is not just rugby but is a wider issue in South African sport. The media have accused SASCOC of attending events in luxury, instead of making the funds available for the athletes, but it is a sensitive issue and most people keep relatively quiet in fear of being losing their jobs

Hence the necessary anonymity of these articles.

“In terms of SARU there appears to be confusing and conflicting signals, as a result of their decisions and actions.

“On one side very little is done by SARU to promote the women's game to the general public, but on the other people within SARU seem genuinely concerned with the state of affairs and try to help where they can. So, in terms of the inner workings at SARU, it is unclear what their stance is.”

A provincial player has also contacted us since the first article and details her experiences:

“I have played provincial rugby for nearly 10 years”, she says. “I left [my first provincial team] because of a lack of funding and support - one year we had a fellow team mate’s boyfriend coach us because no one could be found or kept in the system.

“I moved to [another province] where it seemed better supported but it was all window dressing. The girls were initially given some travel costs for practices, but then this was discontinued due to “lack of funds”. As a result I stopped playing 15s and moved to just 7s.

"My new team provided players to the Springboks but under the previous coach the relationship with the Springboks was not a good one. Club players got more game time than the Springboks and Springbok women not included in the touring squad were vehemently told they may not play for clubs or provincial teams. The tension was very evident as some Springboks from my club were too scared to tell their coaches that they had come to a club practice for fear of being ostracised or dropped.

“In 2017, the provincial 7s tournament was cancelled due to lack of funds, it is believed the funds went to send a very inexperienced 15s team to the UK where they played the defence force and a development English side and they lost miserably. The funding for that does not make sense in terms of cancelling an entire National Tournament.”

“It is not an exaggeration to suggested that decisions since 2016 have set the sport back 10 years, at least. South Africa had a competitive team, up to and including the Olympic qualifier and after that, it started to deteriorate.

“Another problem” he says, “is that important women's matches in South Africa are played at venues out of the public eye - they are rarely played in the main rugby venues. SARU argue that they want to take the game to certain areas to promote it, but the public and above all sponsors don't go to these places as it is often not safe due to levels of crime.”

“What he says about games in dodgy areas is completely true. We had one venue in Mamelodi where the referees did not turn up, so the paramedic offered to ref the game for us, but he didn’t know what he was doing. This is common. We often have development referees trying to control provincial women’s games where they do not completely understand the rules and often the games become dangerous. And we’ve had many experiences of theft when we go to these random venues.

“We get very little game time and social exposure. The feeling is the Presidents and Chairpersons are embarrassed to support women’s rugby. When we try take meeting us with them we are patronised and belittled.

“I have a team mate who has rejected a contract and offers from the Springbok women because the system there doesn’t work. The girls are forced to stay at SAS, almost like a boarding school, where much of their lives is controlled due to a “lack of trust between coaches and players”.

“People are not attracted to resigning from their jobs on the hope that they might represent their country. They’d prefer to keep their options open. And also, they get more game time at club level. Players have to leave their club or turn down the Springboks.”

“The national team is a serious concern in both 15s and 7s. For examples when they started with the contracted group for 7s, all those players were withdrawn from the clubs and provinces with no game time, even at a lower level. Over time the level of the team deteriorated.

“It is my impression that that the SARU is dominated by conservative administrators (reflecting the generally conservative views of South African society) who see women's rugby as a threat to the men's game. Other, mostly the younger generation, and including male players, try to do something, but they are uncoordinated and lack a plan to achieve improvements.

But there are positives. The player says:

“Paul Delport,[the new sevens coach] does seem to be doing a lot to mend that relationship and is open to working together with clubs that could benefit the Springboks. There is a feeling that her predecessor’s aim was always to be in the men’s camp and he used the ladies as a stepping stone to get into the men’s coaching staff and never had long-term plans to fix the women’s game.”

“When Paul Delport, the new National Sevens coach, started we were in a very bad position, as he inherited a team in decline due to the SARU/SASCOC decisions. Recently (in the last few weeks) he has also released many of the contracted sevens players back to the provinces, so that they can actually get some game-time, even if it is in the 15's format. There is now sign of progress with better communication between the new national coach and other parties and at last there are attempts to give the players more game time wherever possible.”

Rarely do we come across contributions that have concerned us as much as these two articles. South Africa appears to have been the centre for women's rugby development activity in Africa by World Rugby and Rugby Afrique for the past decade, but despite that all of the most innovative, interesting and exciting developments on the continent are happening elsewhere - in Kenya, in Zimbabwe, in Botswana, in Madagascar. Perhaps the time has come for those in authority to reassess their priorities?