What is going on in South Africa? Part 1

Women’s rugby worldwide has never been healthier. More players than ever before, more media coverage, over 100 countries regularly playing sevens, and more nations than ever interested in hosting the 15s World Cup. But as the game advances one nation – one major rugby nation, South Africa– stands out. We commented on this in our review of the African Youth Olympic qualifier recently, where they failed to take part just a few weeks after they also pulled out of the senior African Sevens.

So what is going on? 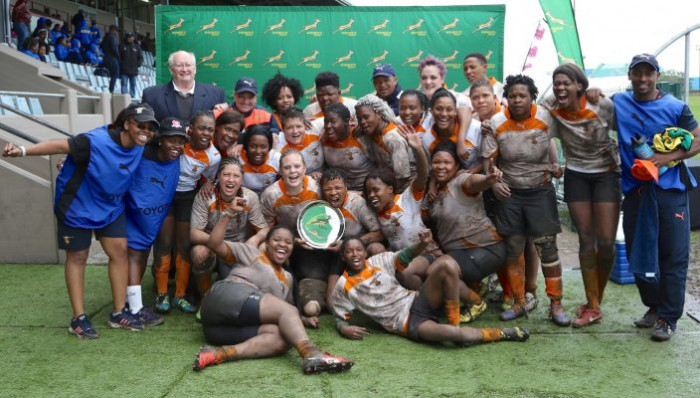 South Africa should be one of the great powers of women’s rugby. A wealthy union, a great rugby tradition, and more female players (according to World Rugby) than any other country in the world.

Between 2010 and 2014 South Africa’s test team beat the USA and Wales, regularly took part in summer tournaments in Canada and came within a point of beating England, while their U20s beat England, and their sevens team was a member of the World Series.

Their test team will go on a short tour to the UK this Autumn, but that positive aside, what is going on with South African rugby?

We’ve spoken to people associated with the women’s game in South Africa, and this is what they told us.

“The number of problems women's rugby is faced with in South Africa are far more complicated than the decisions others only see after the fact. It's political, it's gender political and it is also due to the fact that those in "power" have very little understanding of business principles, the most important aspect in relation to this is the complete lack of a simple process such as planning.

“Due to this lack of planning, there is also a lack of coordination between the various groups, (clubs, provinces and the national team). There also is no link between the reported strategic plan and actual workable processes to achieve the goals of the strategic plan/s. There is also no process to measure progress properly to ensure targets are met.”

“As you said, South Africa claim to have the largest number of youth players, but this is only an outreach/participation programme where persons are introduced to the game. They are no real competitions or structures for them.

“It is believed in certain circles, that the number of participants is exaggerated to keep World Rugby off their backs. The purpose of this programme appears to be unclear, as there is no actual formalised link to get the players into a competitive structure. It is likely that more than half the "participants" in these programmes never even go on to play any real form of competitive rugby.”

“There is a separate programme - High Performance youth training centres (HPYTC)- where some promising players are identified who may go on and play in the senior teams. The programme falls under SARU appointed coaches and the number of players is limited.

“It is however reported that very few, if any players go through to the senior ranks – there usually needs to be some form of external intervention. Coaches from certain clubs go out of their own to attend the youth days when possible (which is not always possible, as the lack of planning means it invariably conflicts with other events) and identify and recruit promising players individually, as they do not progress naturally "through a formalised structure". In a roundabout way they may then join a senior club before going on to the Provincial teams.”

“For example, there once were eight senior clubs in the Pretoria region, but until last year this had fallen to just two, the most successful of was forced to start playing on the international circuit due to the lack of any formal club competition in the region. The clubs played in a local tournament last year which has stimulated the formation of "new" clubs based in the Government related services (Police, Defence Force, Correctional Services, etc.), but there is still no club competition and most of the Provincial squad are recruited either from outside the area or by phoning around to find players to determine available to play.

“The current situation is therefore described as, "a bit of a mess". There an "SARU Strategic Plan" that was forced by SARU, due to the lack of results one year before the end of original 5-10 year plan. This apparently highlights the lack of proper planning and monitoring. In short, this indicates a process not properly managed.

“It is however important to note that this situation appears to be more related to one area / region. Some provinces do have formal competitions and many clubs - the Eastern Cape claims more than 80 clubs. In other provinces they support the women's rugby more than in Pretoria region, where it appears that there is a more conservative mindset. Every local / regional union have their own system, where some systems work better and other do not work at all.”