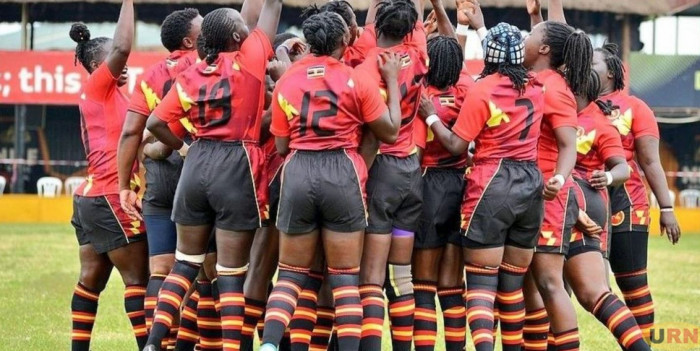 After their impressive 41-0 win in the first leg Uganda began the second game in the series as clear favourites.

It took just fine minutes for Uganda to get on the board, winning a penalty from the first scrum on the match, which was converted by Charlotte Mudoola. However, a yellow card for second row Winnie Atyang slowed Uganda down and it was not until shortly after her return that Uganda managed to get the scoreboard going again with two tries in quick succession from captain Peace Lekuru before another yellow, this time for hooker Yvonne Najjuma, allowed Zimbabwe a chance to breathe.

Despite still being down to 14 players a well worked training move saw Emilly Lekuru running a short line and breaking the tackle to score under the posts for Uganda’s third try. 24-0.

The referee continued to warn Uganda about their high tackles, but did not give another card before prop Faith Najjuma could add a fourth try.

Into the final quarter and it was Zimbabwe who incurred the referee’s displeasure, wing Rufaro Tagarira being given a yellow card and Mudoola slotting the penalty. However, despite being down to 14, Zimbabwe held on and even scored the game’s final points, Delight Dananai slotting a penalty just before the close.