The United Arab Emirates have won the third West Asia Sevens beating Qatar – winners of the first two tournaments in 2018 and 2019 – in the final. 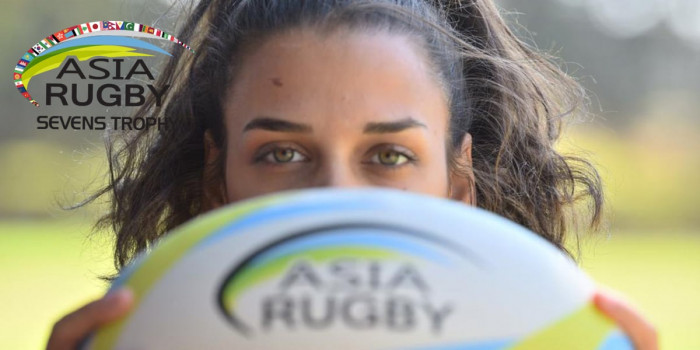 The West Asia Sevens is the first of three sub-regional tournaments organised by Asia Rugby and aimed at the emerging nations in the region, effectively replacing the second tier Trophy tournament.

Qatar stepped in to host the tournament in Doha after original host Lebanon were forced to pull out due to COVID complications.

One of the highlights of the tournament was the appearance of Iraq for their first sevens tournament, making them the 144th nation to play international sevens. Not unexpectedly they had a tough debut, opening up against home team and reigning champions, but despite shipping 54 points to Qatar they did manage to get on the scoreboard, Zina Saleem scoring her countries first ever international try – though it also proved to be their only try during the weekend. They also failed to fulfil their final game against Iran, who were awarded a 20-0 win, after injuries on the first day reduced their squad to just six fit players (Iraq only took a squad of eight) .

The UAE were returning to Asia Rugby tournaments after an eight-year gap, having previously appeared in the Asia Sevens in 2013. They opened against Syria – who had beaten them twice at the Arab Sevens in February – and more than gained revenge for those defeats with a 40-7 victory.

When both UAE and Qatar also won their second round games as well it became clear that these would be the teams to beat, so it was something of a surprise when the UAE were held to a 5-5 draw by Iran in round three. However, Iran were proving very competitive. As well as this draw, they only lost their pool games against Syria and Qatar by a single score.

Nonetheless the pool was decided by the final game. Qatar went into the match just needing a draw to finish on top but two yellow cards contributed to a 27-7 win for the UAE, and Qatar’s first ever defeat in the tournament..

The result gave UAE a semi-final against Iran, and this time they made not mistake winning comfortably by three tries to one, 19-7.

The second semi-final was far closer, Qatar just edging out Syria by 20-7.

And so to the final, which was expected to be close but instead saw the UAE run in six unanswered tries to win 41-0 as their opponents again suffered two yellow cards, while UAE also saw yellow for the first time.

Overall, 16 yellow cards were handed out in the tournaments 14 games, with no team immune. Iran and Qatar’s players were sent to the touchline five times in their six matches.