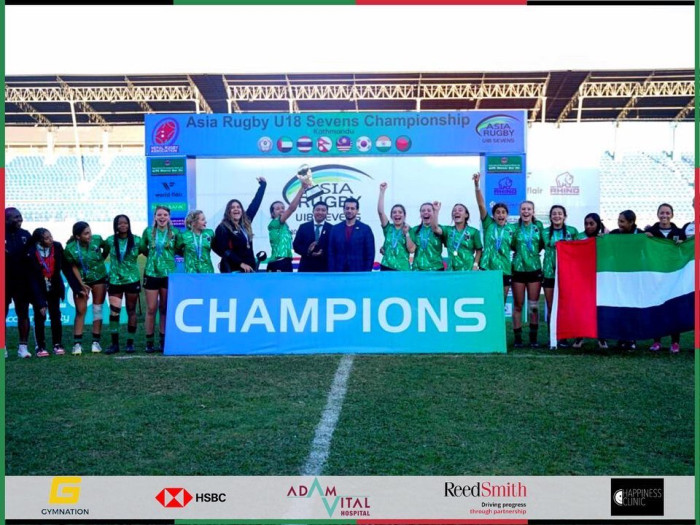 The UAE were deserved winners of Rugby Asia’s U18 championship this weekend in Kathmandu, retaining the title won on Tashkent last year.

Participation in the tournament is heavily influenced by where it is held, with none of last year’s central Asian teams returning for this year’s tournament. In addition, Asia’s major rugby nations – China, Hong Kong, Japan – have still not returned to age group rugby after the pandemic.

It was perhaps fitting that the only two “ever present” teams (India and the UAE) across the four editions of the championship since 2016 should meet in the final. Three other teams joined these two this year. Hosts – Nepal – and Thailand retuned having missed out last year; and Malaysia made their tournament debut.

The five teams played in a single pool, the top two playing off in the final, and the next two for third place.

Nepal were largely outclassed by their opponents, and Malaysia also struggled, and the hosts only managed a single try over the two days – against Malaysia. With the UAE sweeping all before them, the crucial pool game – effectively a semi-final – came midway through the first day when India beat Thailand 26-12. With the UAE beating India 31-14 in the next game the make-up of the final was largely sewn up by the end of the first day.

On day two the final pool games saw Thailand have a chance to reach the final, but the UAE saw off that threat with a comfortable 22-5 win.

The Thais were surprisingly beaten by Malaysia in the bronze medal playoff, but there was no surprise in the final as the UAE – aided by an Emily Eglen try hat-trick – ran out comfortable 26-5 winners.