Tokyo showcased the best of the game

We look back on a superb Olympic week. 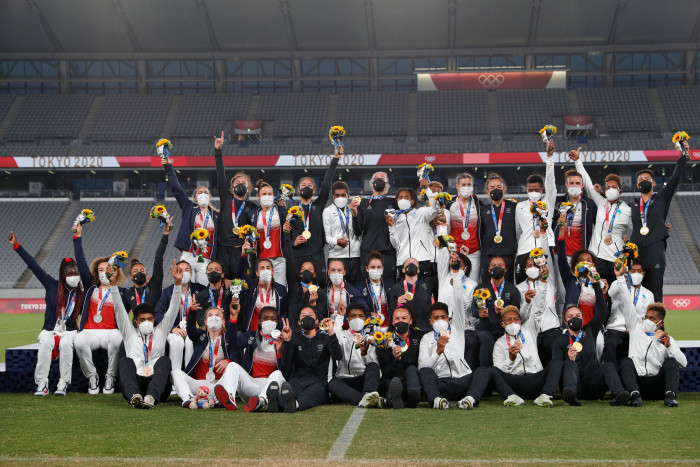 From the magic of Ruby Tui in front of the mic, to the wonderful instinct of Fiji on the field, this Olympics was a magnificent shot in the arm for women’s rugby after its toughest of years. We look at what many teams overcame just to even get there, and what next.

One of the glorious things about the Olympics are the stories behind the athletes and teams that bring them to the world’s biggest sporting stage, and though we knew the bulk of these players pretty well already, there were no shortage of heroic plot lines here.

There was New Zealand – the raging favourites before the event, with a brilliant leader in Sarah Hirini, who so sadly lost her mother earlier this year, and on paper the best team the women’s game has ever seen, but with that came all the pressure. They’d missed out five years ago and it haunted them – and their early wobble against Great Britain proved they were fallible.   After the last Olympics, the NZRU reported a significant surge in player registrations and profile – now with a Gold medal around their necks and an XV World Cup next year on home turf, who knows what this brilliant group of players can carry on achieving – it seems surely likely we’ll see players like Hirini, Kelly Brazier and Portia Woodman in the Black Ferns shirt at the World Cup next year. And why not?

There was Great Britain – a team who lost their central funding in the lead-up to the Games.  Curiously the GB 7s programme receives no funding from the UK’s Olympic body UK Sport (unlike almost every other team in Tokyo who are funded by their Olympic organisations) so its reliance on its own governing bodies came badly unstuck in 2020 when massive losses and redundancies hit. The RFU – who were the programme’s primary contributors - lost £140m alone, and with UK Sport still saying no to investment, it took a last minute cash injection from the National Lotteries Promotion Unit to give the team a chance to train and prepare together.  If it was a scramble, it hardly showed, as GB played superbly in the circumstances and could leave with their heads held high, thinking perhaps of what might have been without the uncertainties the past year.  Surely we must now see GB play more than just once every four years – it seems remarkable that Jasmine Joyce will go back to playing Euro Division 2 next year.

There was Australia – struggling perhaps in recent seasons, but always capable of pulling results out of the bag in big games. It’s unclear whether Sharni Williams and Shannon Parry will carry on at this level but those two have given so much to the global 7s game and so it was a pleasure to see them leading their side out -  a reminder, depsite their results, of what this particular group of players, including the likes of Charlotte Caslick and Ellia Green (who didn't even make the squad) have given the game in recent years since they won Gold in 2016.  In the end, their recent form just caught up with them and it seems certain that the team will undergo serious changes in the months ahead.

There was Fiji – glorious Fiji, with perhaps the best backstory of all. Coming into the event, they were the team on the up – but they had a tough build-up, locked down in a training camp for four months without seeing families, and despite their bronze medal, the team will have to quarantine for two weeks on their way home. For a handful of the players, this was their first time ever leaving the country – a reminder that some of the stars on show are brand new to this level and ominous perhaps if they can continue to build at what is possible for them to achieve. For many they WERE the story of this Olympics.

There was Canada – struggling Canada, who finished a remarkable 9th – an incredibly poor return for such a talented and ambitious team, but with their buildup marred by a row with their own union about bullying and harassment allegations and the departure of their head coach, even captain Ghislaine Landry – who may also decide to step away now – admitted it had all taken its toll. Their storyline was also punctuated by a remarkable sideshow when men’s coach Jamie Cudmore was sacked in the middle of the event for tweeting mocking and insulting messages about the team and their recent allegations. A mess and perhaps a mess that could get messier if their finishing has knock-on impacts for their longer term funding.

There was Kenya too – with Janet Okello a huge star – who brought joy to the field with their performances. Despite their lack of experience at this level, they beat Japan, ran Canada close, and will leave hoping for far more exposure at either 7s or 15s level.

And then there was France, who surprised many by reaching the Olympic final just as they surprised many by getting to the last World Cup final. Perhaps we need to stop being surprised. The last major union to take up sevens (they only entered the qualification process for Rio at the last minute) they are a team whose trajectory is ever upwards, aided by the continuity and clarity of vision that comes from having the same coach for the past 11 years. David Courtiex has gone from a voice in the wilderness (or at least the back pitches of the Amsterdam 7s) to an Olympic final in only seven years. It seems unlikely that he and his team will stop here.

We've not yet mentioned Russia, who disappointed and may now struggle for future funding despite their undoubted talent or China - who gave us some fantastic performances and reached an unlikely quarter-final, Japan who really stuggled despite home advantage, and the USA, a powerful and direct team who have huge potential if they can find consistency in these big tournaments.

These Games were the story of personality and performance, and will live long in the memory.