Round four of the Super W takes place this weekend with the game between NSW Waratahs and Queensland Reds looking like a rehearsal for the final at the end of the month. 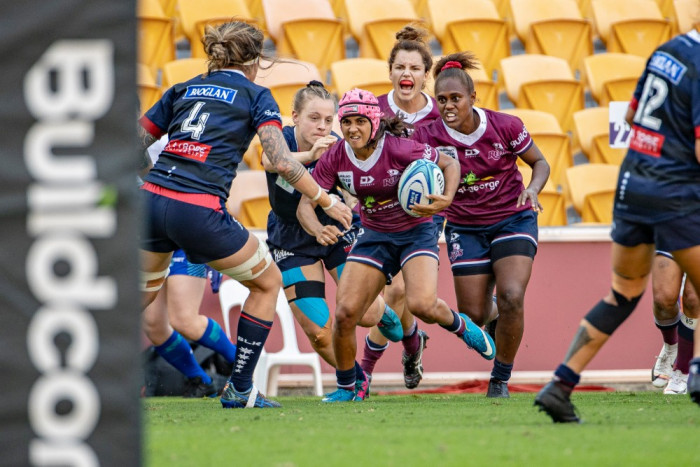 The hope that the gap was closing between the top two teams in the Super W and the rest was blown away at the Suncorp Stadium in Brisbane where Queensland annihilated Melbourne Rebels by 104-3.

16 tries were scored, 12 of which were converted, with 16-year-old replacement scrumhalf Destiny Brill scoring twice, making her a real name to keep an eye on.

After their 80-5 win over Western Australia in the previous week, Queensland look on great form, and with home advantage this year have never looked better placed to record their first ever win against the Waratahs.

The Waratahs themselves saw off the challenge of the ACT Brumbies 41-8, a win that suggests that yet again the Brumbies will end in third place. Only when they were reduced to 13 players in the closing minutes of the game were the Brumbies able to cross their line – a discipline problem that will not be able to afford again the Reds.

Seven tries, three converted, meant that the bonus point was in the bag within 5 minutes of the start of the second half. A star of the match was full back Chloe Leaupepe, who scored the second try and ran the Brumbies ragged through most of the rest of the game. Even so, at halftime the score was only 15-3, and it was only in the second half that the champions began to pull away.

The top two meet on Saturday, this time at the Ballymore Stadium in Brisbane, while the bottom two teams – Western Australia and Melbourne – meet for a game that should decide the wooden spoon on Sunday