We preview the Super Series which starts this weekend. 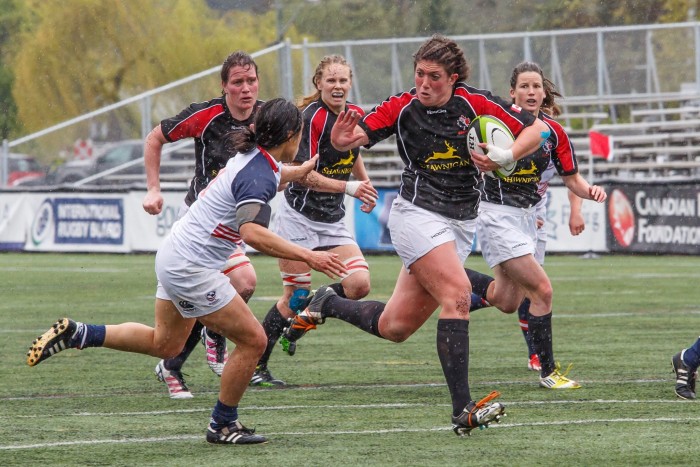 This weekend, Canada will host a mouth-watering week of test rugby when four of the top six teams from the 2014 World Cup come together.

The hosts are joined by the World Cup winners England, as well as USA and New Zealand in a series which will be streamed live.

Coming less than a year after the World Cup, as expected there’s a wealth of new faces involved.

USA’s team sees just five players from the World Cup included, Canada’s squad has 14 new faces and New Zealand’s 12. England look to be taking the most experienced squad with just three uncapped players, but even then, it has a new-look about it.

There are new faces in the coaching set up too with England now overseen by Simon Middleton, who also leads their sevens programme, while New Zealand had appointed a new head coach in Greg Smith but he’s been replaced for this tour by Blues Assistant Coach Glenn Moore following his suspension from coaching for 14 weeks.

Canada remain led by Francois Ratier while Pete Steinberg remains at the helm for USA.

Typically a test series following a World Cup is often about sounding out new talent and experimenting on game plans and ideas. This year is a little different with the World Cup cycle being chopped by a year to fit in with the sevens cycle, but no less, the series has the whiff of the future about it with sevens priorities also meaning there are genuine opportunities for new players to represent their nations at the next World Cup - now just two years away!

For the USA, Pete Steinberg is overseeing a major refresh of his squad.

The challenge for Steinberg will be, much like the other coaches there, to sound out new players while staying competitive over the three games.  The lowest ranked seed of the four sides out there- USA finished sixth at the World Cup last year – despite the opportunity to plead inexperience, Steinberg will want his side to demonstrate real progress over the series.

Canada’s Francois Ratier has also named a new look squad.  His 27 features 14 new players but still an experienced enough core through the likes of Andrea Burk – a standout in Paris last summer – and others like Maria Samson, Brittany Waters and Julianne Zussman who bring plenty of nous.

Canada were a revelation at the World Cup, playing risky attacking rugby that won them huge support. In reaching the World Cup Final, they have set out their stall firmly as world-leading contenders and it will be fascinating to watch a new batch of players hopefully continue to play  stylish rugby.

Despite the last minute change of head coach, New Zealand will travel with high hopes of going well bringing with them decent experience. Captain Fiao'o Fa'amausili, number 8 Linda Itunu and scrum-half Emma Jenson, will all play vital roles, but they are leading a side with a whole host of new faces. Sevens faces Honey Hireme and Selica Winiata are included while netballers Charmaine Smith and Keri Hayden are also named.

Finishing fifth at the last World Cup, the only way is up for the high achieving Black Ferns and this tournament offers them a rare opportunity to compete on the global stage outside of a World Cup year. It is needed.

On paper England look the most settled. Sarah Hunter will captain the squad as she returns to play in her first tournament since helping England to win World Cup while Emily Scarratt is also included alongside the likes of Marlie Packer, Heather Fisher, Rochelle Clark and Tamara Taylor whose experience will be vital.

The make up of their squad and their current World Cup winning status make England probable favourites to do best in the series, but given where we are in the cycle, perhaps this is less about winning and more about potential.