The South African Rugby Union was named the country's Sports Federation of the Year on Friday for its "commitment to growing women’s rugby in South Africa and changing the face of the game". 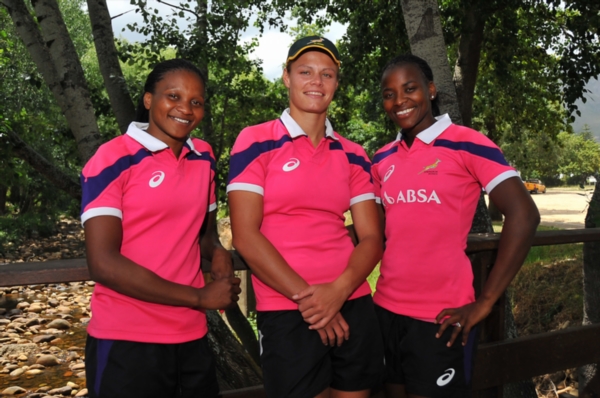 The award - from Gsport, an online initiative launched in 2006 to raise the profile of South African women in sport, highlighted the union's policy of contracting players for the first time in the history of South African rugby.

“We are delighted to receive this award,” said SARU CEO Jurie Roux. “We have shown in the last two years that we are serious about women’s rugby by contracting players for the first time and by launching various other initiatives to grow and develop the sport. The face of women’s rugby in South Africa has changed significantly and we hope this will pay off in the international arena in the next few years.

“We have already seen the results of contracting players, as the team qualified for the Women’s World Series as a core team for the first time last season, and hopefully we can retain our place on the circuit next season at the Qualifier in Dublin next week.”

SARU awarded contracts to 15 Elite Springbok Women’s players in January 2014 and continues to contract the core group of players who participated on the World Rugby Women’s World Series this season.

Earlier this year SARU also launched a new programme to boost women’s rugby in South Africa and increase participation through the development of Youth Training Centres for Under-16 and Under-18 players at selected provincial unions.

Nine coaches and administrators – including former Springbok Women stars Mandisa Williams and Yolanda Meiring – have been appointed to run the centres, which are hosted at the Limpopo Blue Bulls, the Blue Bulls, Border, Eastern Province, KwaZulu-Natal and Western Province rugby unions.

The award coincided with the publication of ani interview with national vice-captain Marithy Pienaar on the South African sports website "MyPlayers" where she spoke about the development of women's rugby in the country and the boost contracts have given.

“This makes a big difference and is a great step forward for South African women’s rugby,” she said. “Being able to focus on rugby on a full-time basis allows the selected group of players to give their full commitment to the sport. We are no longer distracted by other things, which sometimes prevents us from achieving the goals we want to achieve.”

South Africa won a place as a core team in last season's World Series but found life at the top level a struggle and will have to fight for their place again in Dublin next weekend.

“It has been very challenging competing against teams, who have been playing international rugby for years. With this being our first season in the Sevens World Series, we didn’t have the experience and insight the other teams have,” Pienaar explains.

“However, there are positives to consider. Despite the disappointing results, the team became more competitive each week. There’s notable improvement among the players, especially when it comes to conditioning, skill and explosiveness.

“We just need to keep our focus, on and off the field.”