Smiling NZ stay true to themselves 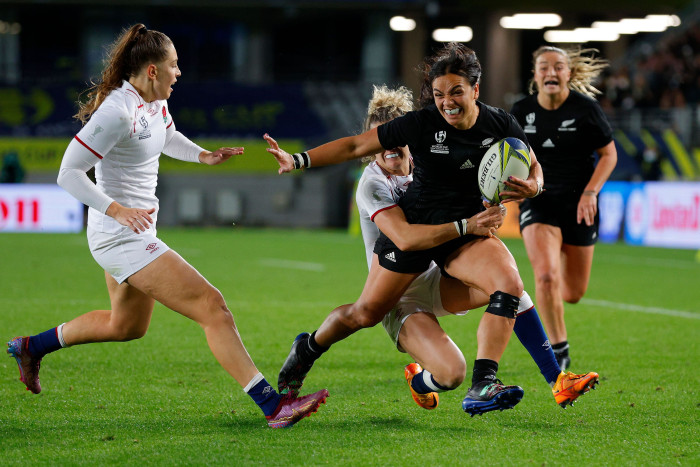 When the dust settles and the memories of one of the most entertaining World Cup finals ever fades, only one fact will stick– New Zealand are world champions again.

England’s 30 match win streak in the lead up to this match was historic and the team deserves to be considered one of the best ever, but it will be scant consolation to them in the weeks and months ahead that when it counted most, they couldn’t get over the line.

As I wrote several times previewing this competition, the story of this World Cup was always going to be about whether New Zealand could catch up with England and France after their dire showing against those teams last year, this time with arguably the world’s best coach Wayne Smith at the helm.

The team that played throughout this competition was similar enough to the team that lost heavily in Europe last year, to confidently assert that Smith has been the catalyst for the transformation of a team beyond recognition – and the fact that he did it just over six months is a reminder of the power of brilliant coaching and brilliant culture, something he and his coaching team have waxed lyrical about over the past six weeks.

New Zealand have always had outstanding players, but last year they looked bereft and directionless, and England, and France too, on the back of years of extra support, more game time and investment,  had accelerated beyond them.

The Black Ferns won the World Cup with a new world-class coaching ticket, which encouraged them to play a brand of truly exciting, at times hair-raising rugby.

Never before has a team playing on a world stage played with such a large beam across their faces – a rare and genuinely admirable sight in test match rugby.

The fact that New Zealand barely used the boot to get themselves out of trouble, the fact they offloaded more than anyone else, the fact they had their own fans screaming in despair when they chose quick taps over safer options – all point to a team utterly empowered to stay true to themselves.

This was not a perfect team.

They made mistakes aplenty; their game management was often questionable and their set piece is a work-in-progress but they have reminded everyone that talented players backed to play how they love to play is a winning combination.

True analysis on the game will be done by others today, but watching Stacey Fluhler hobble off the pitch injured before the game was up with a huge smile across her face felt genuinely iconic – a reminder if ever it were needed whatever is at stake, sport is not life or death, and there to be enjoyed.

There are those of us who suggested that the women’s game would be better served by an England win – a reminder to others that investing in your team brings just rewards, but sport doesn’t -play to scripts and seeing how the New Zealand public and media has embraced its Black Ferns means it may well be impossible for any backsliding on recent investment in the game there from New Zealand Rugby.

A Black Ferns team with proper sustainable resources with players that good may be a scary prospect for their rivals, but though this World Cup may have failed to truly catch fire on this side of the world, the impact it will make to New Zealand women’s rugby will be immeasurable.

It’s up to others to keep that pressure on and hold NZR’s feet to the fire – and it’s up to England to make sure that the 2025 World Cup will be better again, with even bigger crowds and more prominent worldwide visibility.

Next year the women’s game finally gets its long-awaited global competition – the WXV -  and never has it been more needed.

It’s true that the semifinals and final of the World Cup were magnificent, but it’s also true that there remains a chasm between the top four teams in the world and the rest – more game time will help that, but so too will more investment from brands, broadcast and unions themselves where they can afford it.

This World Cup has put the women’s game a few rungs up a ladder towards true mainstream popularity, the next few years must help it climb toward the top.

******
Earlier in the afternoon France blew away Canada to take third place for the sixth time.

Tries from Madoussou Fall, player of the match Pauline Bourdon and Marine Menager, supplemented by the boot of Caroline Drouin, put France 22-0 up at the break. The French dominance continued in the second half as prop Annaelle Deshaye crossed early before Menager dotted down France’s fifth to seal a resounding victory in which Drouin kicked 11 points.

It was France’s first win over Canada since 2013, ending a four-match losing run which also moved them into third place in the world rankings..