Sevens on two continents this weekend

The sevens season kicks on a pace this weekend with tournaments in Rio and Zagreb. 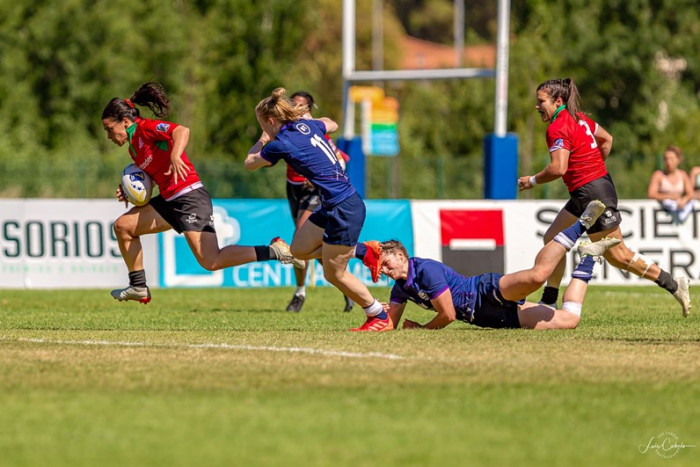 Brazil return to Rio for the first time since the 2016 Olympics as hosts the 2022 South American Championships.

To say that Brazil are favourites is something of an understatement as they have never lost a game in this competition since it began in 2004. It’s quite unusual for them to concede a try – though they conceded five during the 2021 competition, which was previously unheard of.

The battle tends to be to see who will come second – and that is normally between Colombia and Argentina, though Paraguay are capable of springing a surprise. Peru have also improved significantly in recent years. Venezuela used to be a power in the game as well, but it is some years since they competed due to domestic problems.

Brazil have been drawn with Paraguay, Uruguay and Guatemala on the opening day, while Colombia and Argentina are drawn together with Chile and Peru.

The results on the opening day dictate the seedings for the quarter-finals on the second.

Brazil and Colombia have already qualified for the World Cup based on last year’s tournament.

Play begins at 10am local time on Friday.

England and Italy find themselves in the unusual – indeed unique – position of having to battle for promotion back into the Championship this year, and begin as massive favourites for this weekend’s tournament and the overall series.

Both were relegated having pulled out of last year’s Championship, along with Ireland and France, for reasons that were never adequately explained. All four were due to play in the Trophy this year, but France and Ireland won reprieves when Russia were expelled and Ukraine were unable to take part due to the Russian invasion of Ukraine.

However, both teams are included in the 12 for Europe’s Sevens World Cup qualifier in Bucharest  (16-17 July), along with all of the teams from the Championship… apart from Scotland, who have withdrawn so they cam concentrate on the Commonwealth Games and XVs World Cup.

The other teams in this year’s Trophy, who are competing for those two spots, are Portugal, Sweden, Finland, Hungary, Georgia, Turkey, Norway, Israel, Denmark and Moldova.

Play begins at 10am local time on Saturday.