Sandro Fiorino has been appointed Head Coach of Canada’s Women’s Rugby Team, effective immediately, having served as the interim since November.  He will also retain his current role of Sevens Academy Head Coach. 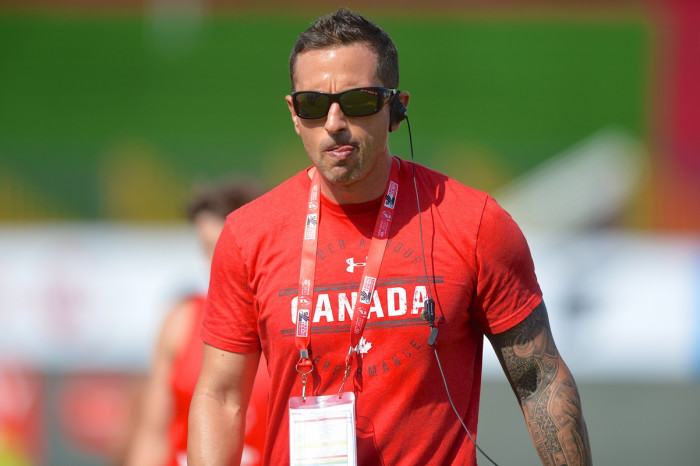 After helping lead Canada’s Women’s Sevens Team to a historic bronze medal at the 2016 Summer Olympics in Rio de Janeiro, Fiorino moved back to Toronto to build a next-generation academy focusing on finding and developing young athletes in eastern Canada.

“Sandro will continue to focus on developing next generation athletes for sevens, based on his current role, while also taking an expanded responsibility to oversee the Senior Women’s Programme,” added Hopkins.

“Having Sandro working on the development of sevens players at the academy level and the continued development of players through the pathway to both 7s and 15s will further enhance women’s rugby in Canada,” said Meaghan Howat, Rugby Canada’s Director of Rugby Sevens and Women’s Rugby.

“Additionally, his talent identification at U Sports and at the Canadian Rugby Championship will support both codes of the game as he works with our targeted athletes at the Under-18 level, but also continues to assess and track university and senior players,” added Howat.

Fiorino has received plenty of plaudits for his work in identifying and developing athletes. He spotted Ghislaine Landry a dozen years ago at a high school tournament and she is now Canada's sevens captain and the top points scorer on the HSBC World Rugby Women’s Sevens Series. Fiorino is also currently enrolled in the advanced coaching diploma in Canada developing his coaching skills towards the performance end of the game.

“I’m excited to take over the fifteens program, which has seen success and growth over the years. My goal is to have alignment within the sevens and fifteens programs to have a shared pathway for women’s rugby to continue excelling in Canada,” said Fiorino.

“I will be building out a plan to strengthen the way we identity and develop our athletes from across the country to help drive elite women’s rugby forward. The plan will have three simple goals: to achieve podium performances at the next Women’s Rugby World Cup in 202, to create a united talent structure and system that grows players from age grade to senior and to align grassroots, universities, regional and provincial/territorial talent development with a talent pathway."

Rugby Canada can also confirm that Jack Hanratty has been named the Head Coach of Canada’s Women’s Under-20 Program, effective immediately.

“We are also pleased to announce that Jack Hanratty will take over the Under-20 Women’s Head Coach position. Following a very detailed review process of the 2017 season, I believe that we have managed to assemble a strong and experienced coaching staff. We are looking forward to building on the work done by Francois Ratier,” said Hopkins.

Canada’s Under-20 Women’s Team will face England in a three-game series in Nova Scotia in August.