Samoa and Fiji have won their second round games to set up a championship decider. 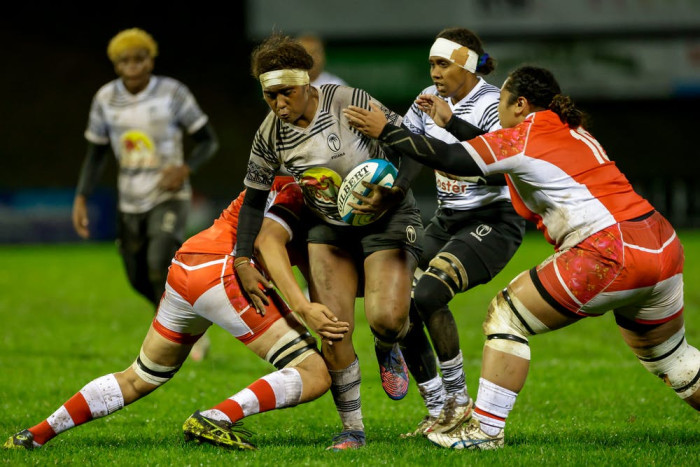 The Manusina bounced back from their narrow win against Tonga to put in a dominating 15-try display against Papua New Guinea.

Samoa started strong scoring three tries in the opening 10 minutes with Linda Fiafia scoring on the right wing, Elianna Suluvale on the left and Makayla Eli down the middle.

Papua New Guinea was forced to commit too many players at the breakdown leaving space out wide, again evident in Vii Fanene’s try in the 17th minute.

Samoa would score four more tries to end the half as the Cassowaries continued to struggle with set pieces.

Eli opened the second half with her third try of the evening, with Samoa scoring three more tries before Fiafia also scored her third.

Utumalama Atonio scored her second try in the 73rd minute, Penina Tuilaepa barrelled over the line just before full-time and Eli ended the match with her third conversion to bring her points total to 21.

After their record-breaking performance against Papua New Guinea on Saturday, Fiji continued to pile on the points with a 27-point win against Tonga.

Vitalina Naikore, who scored 26 points against Papua New Guinea, opened the scoring 10 minutes in after Fiji’s quick play at the ruck left plenty of space on the left wing.

The match remained tight for the next 20 minutes before Kolora Lomani was sent off and Fiji conceded their first points of the championship to Tongan captain Mele Hufanga. Malia Toa’s conversion gave Tonga a 7-5 lead.

However, Tonga’s lead would only last minutes as Naikore was a recipient of Fiji’s quick ball again, leaving her with a one-on-one to fend her way across the line.

Taking a three-point lead into the second half, the Fijiana kicked into second gear as Vani Arei and Ilisapeci Delaiwau scored in the opening 10 minutes to extend their advantage to 15.

Pressure continued to mount on the Tongan line, before shifting the ball wide to allow Naikore to dive over for her hat-trick.

Fijiana captain Bitila Tawake barged over the line to end the match and set up a winner-takes-all clash against Samoa on Sunday.