Round 3 latest in Ireland's top league 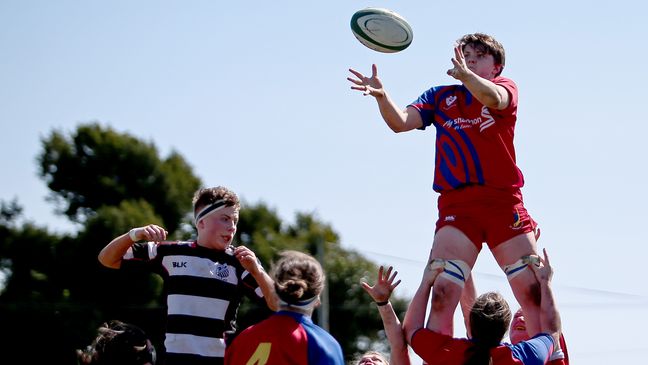 It was not all smooth sailing for the hosts, though, as international flanker Edel McMahon and Orla Dixon carried plenty of treat for the Blue Belles. With a pack that contains a strong Connacht contingent, 'Wegians scored two tries of their own through number 8 Denise Redmond and fellow provincial player Dixon.

Galwegians head coach Fraser Gow praised his players for 'working their socks off for the full 80 minutes', but defensive issues remain as this was the second time in three rounds that they have conceded 40-plus points. They leaked 42 in the opening round at Blackrock.

Old Belvedere joined leaders Railway Union on ten points thanks to a three-try dismissal of Blackrock at Anglesea Road. Prop Linda Djougang, who was part of the recent national Emerging Talent squad, continued her strong early-season form by opening the scoring.

She grabbed her second try in as many weeks, off the back of a ruck, and despite the occasional fumble in very wet conditions, Belvedere moved the ball from touchline to touchline with winger Grace Miller running some great attacking lines, while also making some crucial tackles to stall any Blackrock momentum.

Turnover ball and some quick hands from the backs saw the ball moved wide for Gemma Matthewsto speed past the Blackrock cover and make it 12-0 for half-time. 'Rock turned over the ball at the breakdown and earned a number of penalties on the resumption, but they could not convert their pressure into points despite the best efforts of Niamh Griffin, Hannah O'Connor and flanker Aoife Browne, on her league debut.

'Belvo had the upper hand in the scrums, kicking a series of penalties to touch where flanker Oonagh Hynes was rock solid on their own ball and also stole a couple of Blackrock lineouts. The dynamic Djougang rounded off the scoring with her second try of the afternoon via another turnover inside the visitors' 22.

Bottom side St. Mary's fell to a strong Cooke outfit who opened their win account with 20 unanswered points at Templeville Road. Mary's struggled to contain powerful Ireland prop Ilse van Staden as she made a lot of hard yards with carries off the back of rucks.

Another player who has been very consistent for Cooke this season is young centre Kelly McCormillwho secured some crucial turnovers. Although McCormill did not get on the scoresheet this time around, there were tries for Lauren Pedlow, who bagged a brace on her debut, and Hannah Kilgore and Shannon Heapes also crossed the whitewash.

Cooke head coach Wayne Kelly was impressed with the entire squad's performance, noting that 'all four tries came as collective team efforts in defence and attack'. The try-scoring bonus point aside, the Ulster outfit's defence also had a very good day at the office as they kept Mary's scoreless.