The Philippines completed an unbeaten weekend at the Asian Trophy in Jakarta to win promotion to the 2020 Asian Sevens Series. 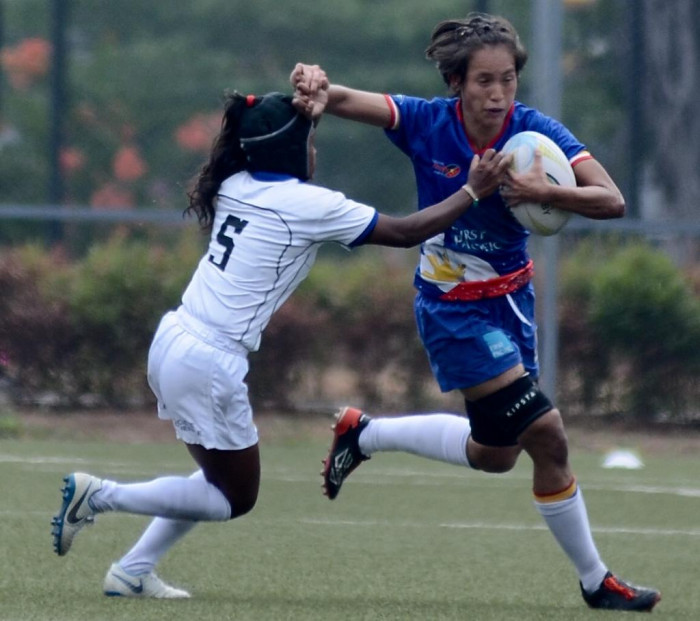 On a sweltering opening day in Jakarta, the nine teams participating and attempting to qualify for next season’s Sevens Series had put on a display of enthralling rugby. India, the Philippines and hosts Indonesia ended the day as the only three sides to win both of their pool matches.

Hosts Indonesia shocked Korea, who were relegated from the Series last season and among the favourites to gain promotion this year, with a 24-12 victory in the final women’s match of the day. Veronika Olua, Lesley Deda and Ni Nirmala (2) scored the tries in the upset of the day. In their first match, they beat debutants Bangladesh 41-0.

After their historic victory in the Asia Rugby Women’s Championship, India continued their fine form with two wins on day one.

18 year-old Sweety Kumari once again stole the show scoring two hat-tricks in their 34-0 and 29-14 victories over Chinese Taipei and Guam, and eight over the weekend.

The Philippines were the only side not to concede a point on day one, beating Qatar and Laos 27-0 and 24-0 respectively.

Elsewhere Bangladesh made history with their first-ever appearance on the international sevens circuit, with Runa Akther scoring their first try in a 43-5 defeat to Korea.

There was also a historic moment for Giao-yun Luo. She scored Chinese Taipei’s first try on the Asia Rugby sevens circuit.

The top three teams played off on the second day in a new three-team pool, with the crucial game being their opening game of the day between India and the Philippines. The Philippines domeinated the first half with tries from Aiumi Ono and Patrocinia Duffy. Only when reduced to six players at the end of the half did they allow India to gain a foothold in the game, with a Sweety Kumari try. Once again at full strength Helena Indigne scored a third try for the Philippines. Sweety Kumari pulled a try back in the final minute, but India were unable close the gap from the restart.

The result left the Philippines only needing to beat Indonesia to win the tournament in the final game, which they did comfortably by 26-7.