NSW Waratahs have been awarded the 2020 Super W title. 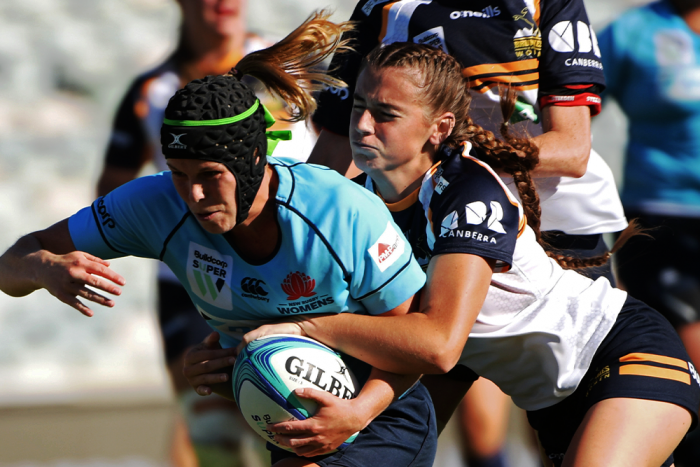 Rugby Australia have confirmed today (3rd April) that the Super W competition finals, which had already been postponed to be potentially played in late May, would not be played due to the coronavirus pandemic and that – as a result – the New South Wales Waratahs, who had finished top of the table during the regular season, would take the title, for the third time.

Coach Campbell Aitken said "It is mixed emotions for us, obviously I'm happy for the players and staff after all the effort they put in but disappointed we didn’t get a chance to play in the grand final and put on a show for our home fans.

The crucial match had been the Waratahs 13-10 win in a thriller at Ballymore in Queensland on 7th March. Queensland had come closer than ever before to defeating NSW, setting up what looked like a classic final between the same two teams

"We won that game but we didn’t play any where near as well as what we are capable of," Aitken said, “so I think we left that ground feeling disappointed with our performance and we certainly went away from there with a determination that we'd right that in the final."

Aitken’s focus now turns to the national team and next year’s World Cup in New Zealand.

"We’ve certainly got a lot of goals for 2021, there's a big year for a number of girls with the World Cup coming up and I know everyone will be looking to peak to stay ahead of the pack and I think we actually potentially moved farther away from the pack. I felt like we moved on from last year from our performance level and hope to do the same again next year."

Although the Waratahs have won the title again, many observers have felt this year's tournament was more intense than in previous years, including third-placed Brumbies coach Adam Butt

“I thought it was faster, much faster and the players are much fitter, you see their body shapes change and the product the competition's getting tougher no doubt about it. You can’t make a mistake or it’s going to cost you.

"It would have been pretty clean fun footy in the finals so it's a shame we didn’t get there but I think we saw classy players and some strong athletes this season."

Queensland captain Lori Cramer said the decision was somewhat expected after so many events around the sporting globe were cancelled.

"Everyone is disappointed but given the nature of what is happening in the world, we have bigger things to worry about and I think we expected it after events like the Olympics were postponed.

“We were confident for the finals series. We had already secured a win over the Brumbies and if we won the two-v-three playoff, we were then on track to push NSW in the final.

“We have girls who are working, some girls who are at home being mums and others who have unfortunately lost their jobs. Everyone is dealing with the situation differently so it’s important for us to continue to support each other.

“Ideally we would like to see some club rugby return at the back end of the year, as well as some potential Wallaroos Tests so we can get some high-quality rugby in before the World Cup next year.”

Currently, all community and club rugby in Australia has been postponed until June 1st while the July internationals, including the Australia v Canada test in Townsville, is in doubt.