The NSW Waratahs have retained their Super W title after this year’s truncated tournament ended with a dominant 45-12 over the Queensland Reds at C.ex International Stadium in Coffs Harbour. 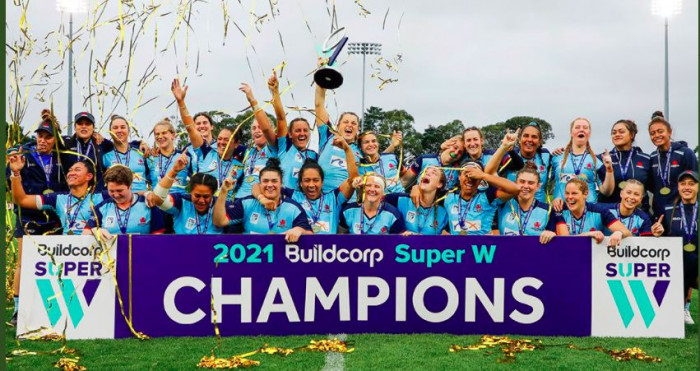 As the only team to end the pool phase unbeaten, a win for the NSW Waratahs was not unexpected. They had wrapped up their place in the final even before their 24-2 win over the Brumbies earlier in the week.

Queensland Reds, on the other hand, had had to beat the mercurial President’s XV, who had picked up an impressive win against the Brumbies earlier in the tournament. This they achieved, brushing them aside by the surprisingly large margin of 54-5.

This suggested a final that might be competitive but, while the Reds showed some glimpses of brilliance and grafted hard to stay in the game with a couple of tries, but they were no match for the NSW Waratahs whose combinations and experience provided the platform for the backs to open up the game. The Waratahs were clinical in defence but it was their attack that ignited throughout the game, led around the park by Player of the Match Bella McKenzie.

Queensland lead early on with the first try from Liz Patu crashing over from a lineout 5 metres out, but the Waratahs marched downfield, with for Maya Stewart scoring her seventh try of the competition. A few minutes later he NSW pack drove over to take the lead.

Despite their effort, the Reds could not stop four more NSW tries in the second half with only a score from their pro Bree-Anna Cheatham to narrow the gap, as the Waratahs strode to a 45-12 win

The President’s XV were initially left with no opponents for third place after Western Force’s withdrawal, but instead were given a game against a hastily pulled together “Super W Select” XV which they surprisingly lost 17-15

In the final game for fifth place, the Brumbies – who had had a disappointing tournament for a team that has always been battling for a place in the final in previous years – beat Melbourne Rebels 10-8.