The provincial series in New Zealand begins, while across the Indian Ocean South Africa's comes to an end. Meanwhile in Canada and Australia thoughts are on 2017. 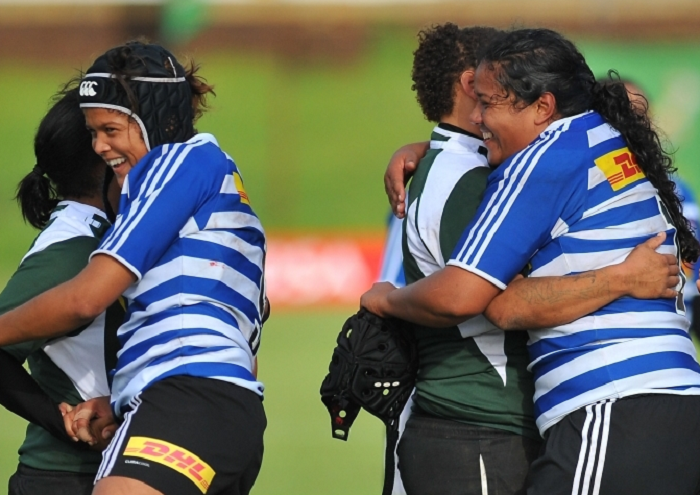 However the tournament will be shorter this year, with each team only playing six games instead of a full round-robin of eight as in previous years. On the other hand the top four teams will proceed to a semi-final stage, instead of the top two going straight to the final.

Six games will be shown live on Sky in New Zealand (all of them being double-headers with games in the men’s ITM Cup).

Last weekend champions Auckland got  off to an impressive start with a 55-7 win over Hawke’s Bay, (remarkably all eight tries were scored by different players), while 2014 runners-up Waikato beat Otago 39-5. However Canterbury (who have historically been one of Auckland’s major rivals, and who were also JJ Stewart Trophy holders for much of last year) slipped up badly, going down 15-52 at home to Counties Manukau, front row Te Kura Ngata-Aerengamate  recoding the day’s only try hat-trick. As a result it was a major reversal of last year, when Canterbury won by 43-17. In the final fixture Manuwatu beat 29-7 over Bay of Plenty.

The tournament continues weekly with the semi-finals on 10th October and final on the 17th.

As the New Zealand season begins, the South African is coming to an end.  This weekend will see the final round of pool games in the Inter-Provincial Championship with the final lined up for September 12th in East London.

Twelve teams take part in the two division championship, the leading two teams in Pool A competing in the final, while the top two in Pool B go for promotion. The last round two weeks ago saw defending champions Border wrap up their place in the final in Pool A with a game in hand, while their opponents will be Western Province or Blue Bulls who will meet in what is, in effect, a semi-final this weekend. In Pool B Leopards will meet Free State in their final, regards of the result o this weekend’s games.

Latoya Blackwood is the latest Canadian international to cross the Atlantic and ply her trade in the French club championship, following on from Marie-Pier Pinault-Reid who has played for Lons and Bayonne in recent seasons.

Blackwood has signed for newly-promoted Stade Toulousian, formerly Fonsorbais, who won their place in the Top 8 just one year after the club was taken over by the Top 14 men’s club.

Stade were looking to strengthen their team before Blackwood approached Canadian national team coach Francois Ratier about playing overseas as part of her preparation for the 2017 World Cup.

“I told him that I wanted more in terms of preparation for the next World Cup in 2017,” Blackwood said. “So he got me in touch with someone at the French Rugby Federation and I showed an interest in coming to France and Stade Toulousain were one of the first clubs to approach me.”

Blackwood thought about possibly heading to New Zealand or England but decided that France would give her the best option to further her career.

“Francois brings a French kind of style to the rugby that we play so I thought it would be a lot better if I played in the French league,” Blackwood said. “Also, the French rugby is fast paced and exciting and the fans really love rugby.”

She will leave for France in the middle of September on a one-year contact in time for Stade’s opening game against current French champions Montpellier on September 20th.

Finally Australian preparations for 2017 continue with a five-day “high performance” camp this week, end at the weekend, at Bond University on the Gold Coast.

The 40 players at the camp were selected based on performances at July’s inter-state “Nationals”, and the camp will give coach Paul Verrell a chance to “to place these players in a professional environment and begin to put in place the structures that we will be utilising in 2017. There are a lot of younger players who have really showed a lot of potential which will put pressure on capped Wallaroos to hold onto their places.”

ARU Performance Manager Ben Whitaker emphasised the importance of the camp, adding “Women’s XVs is one of our key targeted areas for growth in Women’s Rugby in tandem with our Sevens program and this camp will serve as an inspiration to the next generation of Wallaroos.”