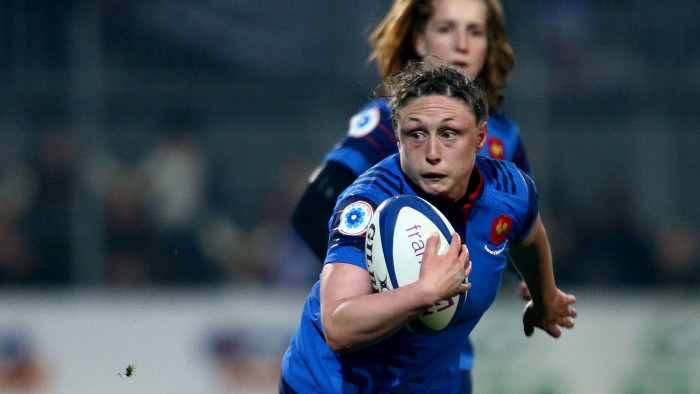 Mignot will lead the team alongside David Ortiz with both having been promoted from their roles as assistant coaches.

They replace Thomas Darracq, who has left the role for family reasons.

Darracq himself had only stepped into the leading role after this year's Six Nations, bringing Mignot and Ortiz into the set up in place of Samuel Cherouk and Stéphane Eymard.

He guided France to third place at the World Cup.

Mignot's promtion makes her one of the few women leading a test side though France were long led by another former player Annick Hayraud.

At the World Cup in New Zealand there was just one woman in a head coaching role - Lesley Mckenzie, the former Canadian star who coaches Japan, with just a handful of women in assistant coaching roles including New Zealand's Whitney Hansen.

Mignot was one of the world's leading hookers and remembered as one of the most passionate French captains.  She led France to a Grand Slam in 2014 and was also at captain when  they won the title in 2016.

She played in the World Cups in 2010 and 2014 and began coaching while still playing for club side Montpellier.

David Ortiz joined the coaching set up earlier this year with experience from Agen where he was forwards coach.

Hayraud continues in her role as team manager.