The RFU has announced a ten-year plan to transform its top league - the Premier 15s league into the most competitive and sustainable club competition in the world. 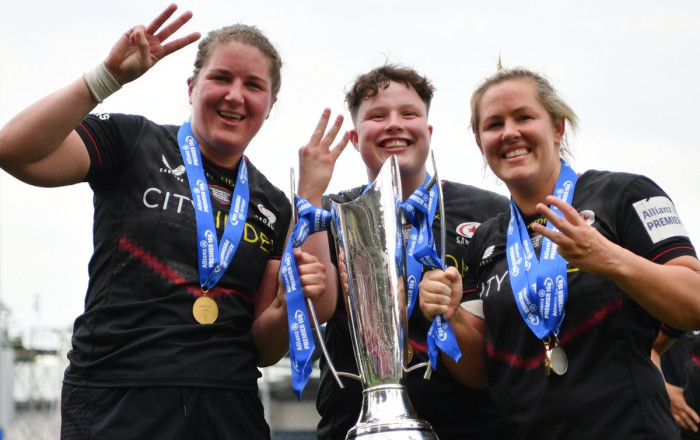 With a central ambition for the league to become the first professional domestic competition in the women’s game, Premier 15s will be run by a new company which will include a Chief Executive and executives in key positions reporting to a new, independent Board of Directors.

The RFU have also committed significant investment, confirming it will invest around £50m – which it calculates is the shortfall between the cost of the league over 10 years of £222m and projected revenues of £174m.

The investment will be made into areas like improving the quality and reach of broadcast coverage marketing the league, recruiting club and central league staff, enhancing the performance environment, as well as a phased increase in player salaries.

The current Minimum Operating Standards (MOS) for clubs will also change, including  an increase in the number of coaching staff and improved facility quality and access.

Sue Day, RFU Chief Operating Officer and Chief Financial Officer commented: “We’re extremely excited about the next iteration of the Premier 15s, which has been developed as part of a collaboration with Allianz Premier 15s Clubs, Premiership clubs and the RFU.

“Our collective intention is to create a league which will be the leading domestic league in the world and will ultimately be the first professional women’s domestic league globally.

“We have worked hard to devise a ten-year strategy which will serve to deliver a financially sustainable league, whilst simultaneously accelerating the growth of the women’s game in this country to provide further opportunities for players of all abilities. We want to create a league which inspires both players and fans and continues to drive competition and provide talent for the Red Roses.

“We also recognise our wider purpose within society and therefore the league will go beyond purely being a platform for elite women’s rugby matches in order influence positive change in key areas.

“The first two cycles of the Allianz Premier 15s competition to date have been hugely successful, providing great drama and competition on the pitch as well as producing a wide pool of talent for the Red Roses, which has resulted in one of our most successful international periods. Elite women’s rugby has never been stronger and so now is the time to capitalise and make significant change so we can continue to make strides in the game to ensure its future is secured.”

Lucy Wray, Saracens Chief Executive Officer and club representative on Premier 15s working group said: “I have loved being part of the working group on this project as I am hugely passionate about women’s sport. The standard of play has risen to new heights over the past two years and fans are seeing what fantastic entertainment women’s rugby represents.

“This generation of players are all part of something very special, a massive turning point for the women’s game where people sit up and take notice. Incredible role models for a future generation and they are paving the way for a seismic shift in the journey towards professionalism. The league being operated as an independent entity with dedicated resource is a massive step forward in giving the women’s club game the attention it deserves.

“I am hugely excited about the future and it has been a brilliant example of collaboration between Premiership clubs, The RFU and the clubs to come together and only think about what is best for the women’s game.”

Simon Massie-Taylor, Premiership Rugby Chief Executive added: "This is a really important step for club rugby and our clubs are delighted to partner with the RFU to grow the Premier 15s in the most competitive, progressive, and sustainable women’s competition in the world.

“We believe the best solution for women’s rugby is a partnership between the participating clubs and the RFU. We currently have eight Premiership Rugby clubs playing in the Allianz Premier 15s and I would expect more to apply in the next phase given the high level of interest to invest in the future of the women’s game.”