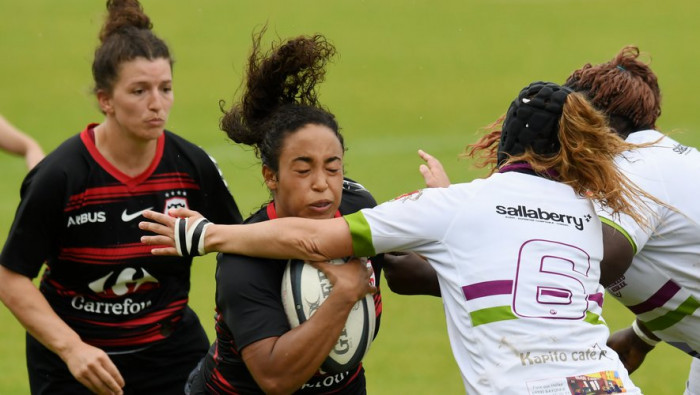 The second phase of France’s Elite 1 league came to an end this weekend, even if – as with the first phase – it was not entirely completed.

The number of COVID-related postponements again exceeded the time available, with the FFR calling a halt and awarding points based on teams' performances in the games they had played.

It was a controversial formula that takes no account of the relative strength of the teams cancelled games and resulted in Blagnac missing out on the second phases earlier this year when they would almost certainly have qualified if they had been able to play their final game.

This time, while it will make no difference to the four teams that make the semi-finals, it may have resulted in a different semi-final draw.

On-form teams in the French league before the Six Nations often lose their form during the break. It was no different this year with the Montpellier steamroller stuttering to come back to life after the break when they came away from Lons with a one point, 23-22 win. The following week saw their second cancellation of the second phase before last weekend saw them lose their first game in the 2020/21 season, going down 13-8 at Blagnac.

In practice the reigning champions had already done enough to make the last four, but the final day defeat and cancelled games mean that they will not end top of Poule 1, finishing just behind Blagnac. As one of their cancelled games was against Rennes – who lost all of their other games – and the other would have been home to Blagnac it is likely that they would have ended top if the games had been played.

Despite this Montpellier will still avoid their greatest rivals, Stade Toulousain, in the semi-finals when the beaten finalists in 2019 also struggled after the return, beating Bordeaux by just two points, losing to Romagnat, and then drawing 12-12 with Bayonne last weekend – results that meant that they finished one point behind Romagnat in the final Poule 2 table.

The outcome is semi-finals on 12th June between Romagnat and Montpellier in Bourdeax, and a “Toulouse derby” between Stade Toulousain and Blagnac at Toulouse, with the final at Blagnac on the 20th.