The career of one of women’s rugby’s longest serving coaches came to a surprise end yesterday. 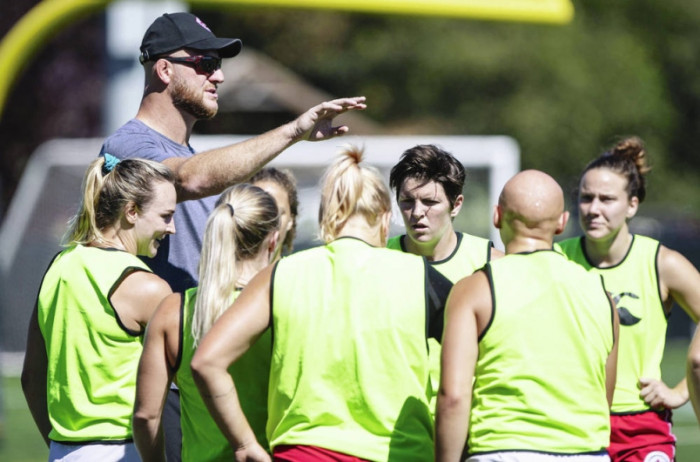 Tait was first appointed coach of the Canadian national team back in the autumn of 2010 – only France’s David Courteix has been in post longer. Initially in charge of the XVs team as well, he moved to specialise in sevens when the World Series began. His Canadian team featured on podiums from the start, took silver at the 2016 Olympics and were expected to be in the running to at least match that performance again in Tokyo.

The short statement from Rugby Canada that revealed the news about Tait’s removal did not mention him by name, and only gave the vaguest information about the circumstances behind the decision:

“While addressing a complaint that was received from National Senior Women’s 7s players, Rugby Canada has developed an interim technical leadership plan in collaboration with the team that will support their goals in preparing for the upcoming Summer Olympic Games in Tokyo. The team remains united and focused on the ultimate goal of winning a medal at the Olympic Games and building a legacy that will empower the next generation on and off the field. Rugby Canada has engaged an independent investigator to address the matter.

“Rugby Canada is taking these concerns very seriously. We are following our internal policies and procedures that are in alignment with established national response guidelines, and in a manner that reflects our values. As per our policies and to reflect our commitment to confidentiality, we will update our community once the process has been completed,” shared Rugby Canada CEO Allen Vansen.

“Mick Byrne will assume the role of National Senior Women’s 7s interim Head Coach through to the Olympic Games. Byrne has been a specialist coach with both New Zealand and Australia and has consulted with the Canadian Women’s 7s team since 2012. “I am excited at the opportunity to lead this team into the Tokyo Olympics,” said Byrne. “I will be integrating with the team immediately in a remote capacity and look forward to joining in-person when able. I am very familiar with the players and systems and have great confidence that our team will be performing at our best come July.”

“With the COVID-19 pandemic causing the cancellation of many HSBC World Rugby Sevens Series events, it is anticipated the National Women’s 7s team’s first competition of 2021 will take place in the Spring.”

The event in the spring will be the tournaments at Marcoussis in May, announced by World Rugby a few weeks ago.