Japan will return to the World Series next season after an exciting and unpredictable World Series Challenger tournament in Santiago. 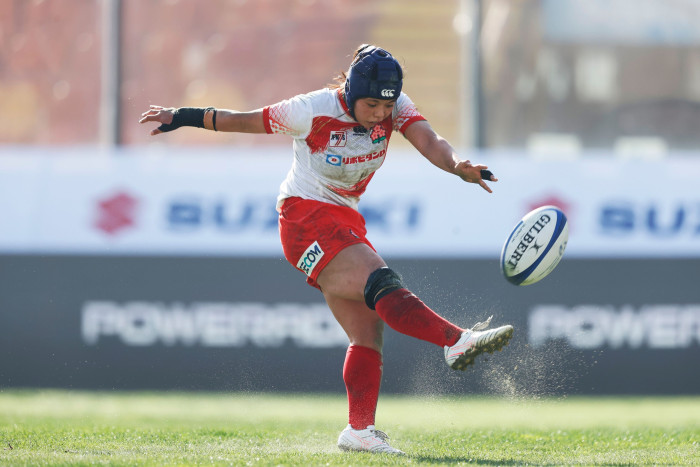 Although it remains World Rugby’s intention to extend it, the Challenger “Series” remains a single tournament to decide who will be promoted to next season’s World Series. The leading teams from the confederations not currently in the series took part, over three days.

For all of the teams this was a rare opportunity to play outside their region – nearly half of the pool games, and 13 of the tournaments 34 games, saw teams playing each other for the first time.

The first game of the tournament was one such game, with Colombia taking on Kazakhstan for the first time, with tries from Galina Krassavina (two), Nigora Nurmatova and Balzhan Koishybayeva ensuring Kazakhstan beat Colombia 22-5.

But the game of the opening round was a fixture between China and Kenya - two teams who had met before. Kenya had had a tough year to this point – finishing only fifth in the African Sevens Championship but Okulu’s 10th-minute conversion proved decisive in s Kenya’s 17-15 win.

By the end of the first day Kenya were already into the quarter-finals with two wins, alongside Kazakhstan, Poland and Japan.

The third and final round of pool games on day two produced the other four qualifiers. Argentina soon became the firth qualifier with a second win, but the final three places came down to the last pool game between China and South Africa. South Africa needed to beat China to remain in the competition but came up short despite taking a 7-5 lead in the second half, going on to lose 17-7.

The second day ended with the quarter-finals. The first was an all=Asian clash which saw China maintained beat Kazakhstan, tries from Chen Keyi, Xu Xiaoyan and Wang Xiao securing a 21-7 win and their place in the last four.

But it was European Champions Poland who were looked like the team to beat as they emerged comfortable winners, 36-0, against Colombia in the final women’s quarter-final. Anna Klichowska and Katarzyna Paszczyk each scored two of their side’s six tries.

The third day opened with the semi-finals, and Poland found themselves 10-0 down at half-time as China twice crossed the whitewash through Hong Ting Ruan and Xu Xiaoyan.

But Malgorzata Koldej started the comeback within a minute of the restart and tries from Katarzyna Paszczyk and Anna Klichowska turned the game around. Koldej then added her second try of the match, and 11th of the tournament, to give Poland a two-score advantage. Zhou Yan crossed for China before the end, but it came too late to prevent a 22-15 defeat.

Japan made sure of their place in the final by beating Kenya by the same score, but the Lionesses ensured the Sakura Sevens had to work hard for victory.

The Sakura Sevens led 17-5 at half-time before Kenya narrowed the deficit to just two points as Laurine Otieno and Janet Okello, for the second time in the match, crossed the whitewash.

It set up a tense finish in Santiago, however, Wakaba Hara had the final say, touching down her hat-trick try to set up a final showdown with Poland.

Japan again started quickly in the final as Nakamura went over in the second minute, after Koldej had done brilliantly to haul Hara down before the line.

The Sakura Sevens were then forced to soak up a period of Polish pressure before a stunning Mei Otani break led to a try for Yume Hirano on the stroke of half-time.

Poland had been here before, in the semi-final, of course but in the final Japan stood firm and another brilliant try, this time scored by Michiyo Suda, put the stamp on a 17-0 win, the title and their place on the 2023 Series.