Following the repeated postponements of the Asian qualifier, World Rugby has announced that Japan will be granted an automatic spot at next year’s World Cup. Hong Kong and Kazakhstan will playoff for the remaining spot in the final qualification tournament. 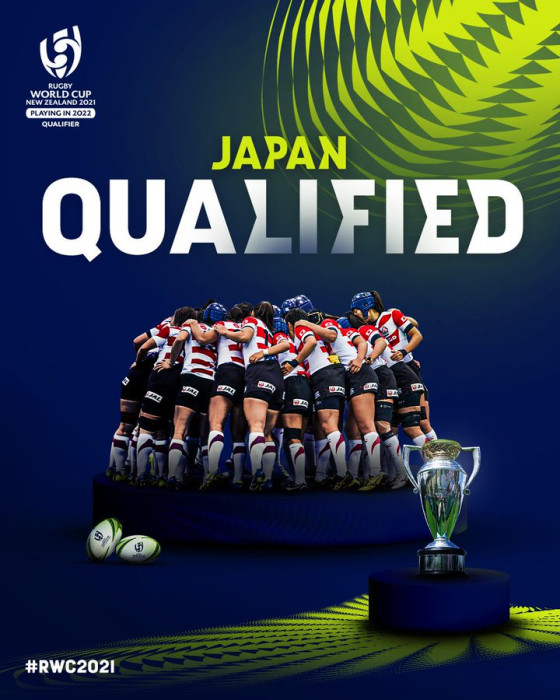 World Rugby has announced “a revision to the RWC 2021 Asia qualification pathway … in light of ongoing travel and quarantine challenges” that have repeatedly prevented the Asian Championship and Qualifier from taking place.

Since Kazakhstan beat China in August 2019 to win the final spot at the Asian Championship tournament – which was to double as Asia’s qualification route – the tournament has been pencilled into Asia Rugby’s calendar on at least three occasions only to be cancelled.

The original plan was that the tournament would take place in Hong Kong in the autumn of 2020, but that window was quickly lost as the pandemic hit. A reschedule to 5th-13th March 2021 also fell by the wayside, as did the most recent revised dates of 2nd-12th October.

Although details about the reasons for the postponements have not been revealed, it is notable that no Japanese women’s team – sevens or fifteens – has travelled outside of the country since the pandemic broke out, although they are due to tour Europe next month.

World Rugby’s solution is to cut this Gordian knot by giving Japan - the highest ranked team in the region – an automatic spot in New Zealand where they will now join USA, Canada and Italy in Pool B. Kazakhstan and Hong Kong – who were both able to travel to the Olympic qualifier in France earlier this year - will now meet in a play-off match (date and venue not yet announced) to determine which team progresses to the Final Qualification Tournament.

The decision, World Rugby says, is supported by all unions and “enables teams to plan and optimise their high-performance programmes” ahead of the World Cup. It would also have been a massive surprise if Japan had not won top spot in the qualifier – they have not lost a test match to Asian opposition since 2014.