Ireland have finished third after beating Italy 25-5 in a disappointing error strewn game in Dublin. 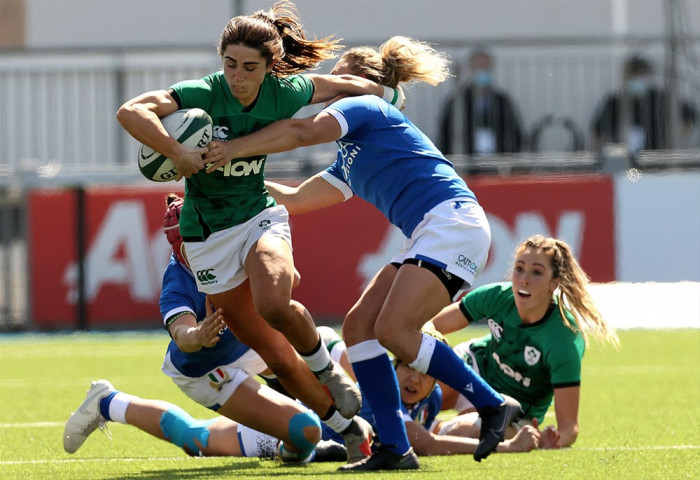 With nearly fifty handling errors and over 20 penalties the battle for third place was a stop-start game that never had a chance to get going.

Nonetheless Ireland were deserved winners. They dominated territory - Italy only managed to venture into the Irish 22 once in the whole game – and nothing other than an Irish win ever looked likely as they took full advantage of Italy’s lack of a kicker capable of clearing their lines.

The only problem Ireland had was breaking down the same determined Italian defence that had also frustrated England.

Ireland’s best chances came when the Italian defence was slightly disordered. Quick thinking and a quick tapped penalty by player of the match Stacey Flood resulted in the only try of the first half, Wall getting the score. With Flood adding a penalty after 29 minutes Ireland were 8-0 ahead at half-time.

An Italian error following a scrum early in the second half allowed Murphy Crowe to race through a gap in their line to add a second try, before another try from a quick-tapped penalty from Moloney took Ireland to 20-0 after 52 minutes.

Italy’s only visit to the Ireland 22 gave them a try with 10 minutes to go, but after that it was back to constant Irish pressure with gave them one more score from the final play, Murphy Crowe racing down the touchline to score.