The French Elite League delayed its start until after the World Cup this year. Since then they have been playing for a month – four rounds – so how has it been going so far? 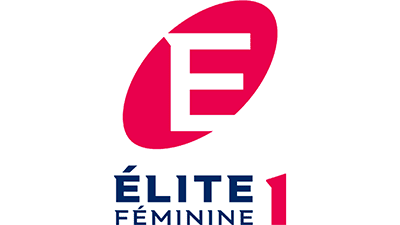 A year ago France’s Elite 1 league began with crisis following the collapse of AS Bayonne and continued with concerns from the uncompetitive nature of some teams, but ended with a dramatic playoff that saw both Montpellier and defending champions Romagnat fail to reach the final. Instead near neighbours Toulouse and Blagnac (all of 2km apart!) met, with Toulouse coming out on top.

This year the “Top 14” was reduced to a “Top 12”, again divided into two qualifying pools with, after last season’s playoffs, no teams were promoted from Elite 2

With Montpellier ranked fourth last season, Poule 1 looks highly competitive featuring both them and Toulouse – two clubs that provide nine of France’s 32 contracted players between them including Cyrielle Banet, Caroline Boujard, and the Menager twins at Montpellier and Pauline Bourdon, Maelle Filopon and Gaelle Hermet at Toulouse.

Unsurprisingly Blagnac are dominating Poule 2, recording four bonus point wins in the first four weeks against Lille, Grenoble, Bobigny and Lyon. Grenoble lie seven points behind in second with three wins, but there is little to separate the other four teams who have all recorded one win so far.

Poule 1 has been nothing like as cleat cut, so far. Champions Toulouse – lacking most of their leading stars – lost their opening game to 6-3 to Lons. With their second match postponed, Toulouse finally recorded a win the weekend before last against Rennes, before winning a classic battle against Montpellier on Saturday, a last minute try from Brandy Cazorla just getting them home by 20-17.

Stade Bordelais lead the pool with three bonus wins from four games, their only loss being a 16-14 defeat to Montpellier on 8th January. Montpellier lies third, with three wins, three points behind and Lons fourth. Toulouse – with a game in hand – are fifth at present, but have a “must win” game against Bordelais next weekend.

Having five of the six teams in Poule 1 all in the fight for qualification places shows how much closer the new Top 12 format is to its Top 14 and Top 16 predecessors. Of the 22 games played so far, only one has been completely one-sided – Bordelais’ 53-0 opening win at Chilly Mazarin. On the other hand, eight of the 22 games have been decided by seven points or fewer – something that should make the league far more attractive to the media and fans.

Stade Bordelais’ full-back Morgane Bourgeois – captain of France’s U20s last year, and a new national team contractee this year – leads the way as the league’s top scorer so far with 50 points in her four appearances, 22 of which came in her team’s second game against Rennes. Blagnac’s fly-half Audrey Abadie (who is not contracted this season) lies second with 39 points. The leading try scorers so far include familiar names such as Agathe Sochat, Cyrielle Banet, Jade Ulutule, and Emile Boulard as well as less familiar names including Charlotte Escudero, Flavie Laine and Charlotte Rufas.

The move of the Six Nations to the spring means that nine of the ten pool stages will be completed before the tournament begins at the end of March, with the final round of pool games scheduled for 14th May, to be followed by the play-offs.