A catchup with France’s Elite 1 league, which has has closed down for the Six Nations. 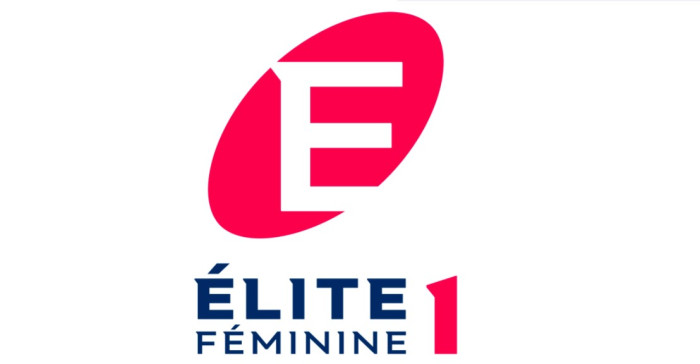 Last weekend saw the last scheduled round of games in France’s top level Elite 1 (although several postponed games are due to be squeezed in this month and next). What has been happening since we last looked at the league, and who is in the running for quarter-final?

Over the past 10 years the leading club in France has been Montpellier. Champions six times since 2013, and runners up once, they have dominated the women’s game. Before last season only three other clubs had even reached a final – Lille, Bobigny and Toulouse – with only Lille lifting the title.

Last year represented a significant change, with Romagnat lifting the title for the first time since 1995, beating Blagnac in the final in what was their first final. Was this a change in power, or a COVID-inspired blip?

The 2022-3 season also saw (another) new structure, with 14 elite teams divided into two pools of seven, from which quarter-finalists will emerge, the seedings based on last season’s results.

The 14 was reduced to 13 following the controversial collapse of AS Bayonnaise. At times the league has also been disrupted by COVID, but despite this the 2022-23 season has gone much more to plan than last season and its seems likely that all teams will complete all of their pool fixtures.

Of the two pools, Poule 1 has also largely to form. Toulouse lead the was with 11 wins from 11 games, while lying second with two defeats, both at the hands of Toulouse. So far ahead of the rest are these two teams that they are the only two with positive point differences, with Romagnat holding a 19 point lead over Bobigny, who lie third.

Who will take the final two quarter-final spots from this pool looks like being a battle between Bobigny (19 pts from 11 games), Grenoble (18 from 10) and Lons (14 from 9).

Poule 2, on the other hand, has been much more unexpected. Montpellier lead the way at the top, but only thanks to having played one game more than their nearest rivals. Moreover they have lost – twice – to Bordeaux in October and Blagnac at the end of January. They reversed the Bordeaux defeat at the beginning of February (the Bordelais only defeat this season), but have been nothing like the steamroller of previous years. This is at least partly due to their no longer being the French national team in club shirts (that title probably now belongs to Toulouse), although they are lead by Morgane Peyronnet, and include the Menager twins.

Instead in Poule 2 it has been Bordeaux who have been the breakthrough team, and it equal top of the pool with 48 points from 11 games compared to Montpellier 49 from 12. Stade Bordelais have many of France’s younger stars such as Monserrat Amedee, Rose Thomas, Chloe Jacquet, Annaelle Deshayes and Grace Okemba.

But these two do not have the pool to themselves. Blagnac (39 point from 10 games) are hot on their heels and all but certain to make the last eight where Lyon (21 pts from 11), Chilly Mazarin (19 from 11) or even possibly Lille (16 from 11) might still join them.

The leading point scorers this season have been Caroline Drouin and Morgane Peyronnet, while the top try scorers are Lea Murie (Toulouse) with nine and Audrey Forlani (Blagnac) seven.