Tonight's test match against England has been carefully timed by France to replicate what they will face in New Zealand next year. 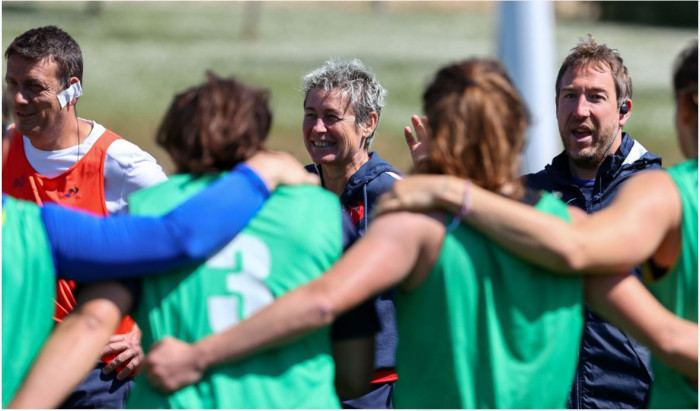 ‎The second match between France and England in a week was requested by the French management for a specific goal of replicating the programme the teams are likely to face in a World Cup.

The final pool match in New Zealand will be between these two teams, followed by a quarter-final five days later,

‎‎"We are playing this test match on a Friday night, to put us in conditions that we can meet during the World Cup. You can lose a pool game and have a quarter-final to play against the same nation, five days later‎”, explains Annick Hayraud.

"We ‎‎will be in the same situation as we are now, after a month of competition. To play this game is to anticipate, to see how we react to the pressure. In terms of result or title, it will not have the same flavour as last Saturday, it's true. But in terms of projection, planning, how we build as a group in preparation for the World Cup, it makes a lot of sense”, says backs coach Stéphane Eymard.‎

‎The conditions imposed by COVID have meant that the French team as been in a six-week bubble which is also similar to what they will experience in New Zealand during the World Cup.

“Even if we are mentally worn out, we will be aiming to produce a great performance, that's what's at stake. That's the most important thing. Because we're going to be in the same situation when we go to the other side of the world for two months. And that's why it makes sense.‎‎”