Five for the European XVs Trophy

Five teams have entered for the European Trophy in 2018 - the second level of Rugby Europe's XVs championship. 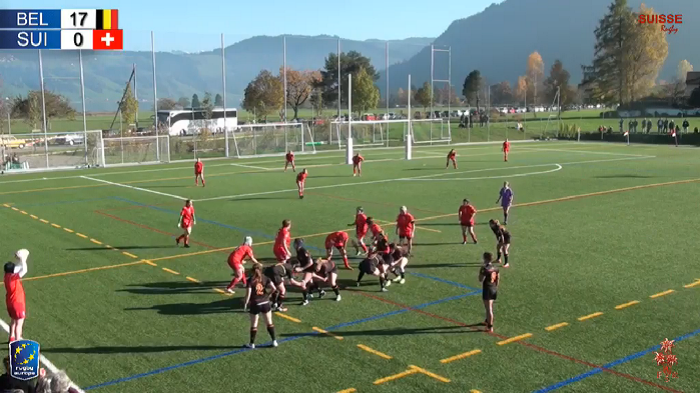 The 2015 final in progress in Unterägeri

In addition to news about the revived European Championship, we also now have details about the second tier European Trophy.

Four teams will take part in a tournament to be played over two rounds and four days in Switzerland in October. While a proper round-robin over a week would be preferable, the reason for the knockout format (as used for the tournaments played between 2014 and 2016) comes down to cost - none of the teams can afford to stay longer, paying more for accommodation, as well as taking more time off work, not to mention school and family commitments.

So the teams will arrived on a Wednesday, play the semi-finals on Thursday (based on Rugby Europe's rankings, from the outcome of previous tournaments), rest and train on Friday and Saturday, and then play the final and third place games on Sunday.

Switzerland, Czechia, Sweden and Finland were early entrants, but they will now be joined by Russia whose late entry means that - if all the entries take up their places - there will have to be a qualification playoff between Sweden and Finland as neither team have a European ranking, having not played in any Rugby Europe tournaments since 2012 (this begs the question as to whether Rugby Europe would organise a European Conference if any other nations returned to fifteens).

If all teams confirm their participation the semi-finals are therefore expected to be:

Russia would start as favourites, but their triumph is far from a foregone conclusion. When Switzerland last hosted the same tournament in 2015 the Swiss came from behind to beat Russia in a memorable semi-final in front of an enthusiastic crowd and the constant peel of cowbells. Whether the tournament will return to that wonderfully scenic Unterägeri venue or elsewhere has yet to be be decided .

What is even more exciting is that it is planned that the European Trophy winner will be promoted to the senior European Championship for 2019, replacing whoever finishes fourth in Belgium.