The 2019-20 European Trophy kicked off in Finland, with last year’s champions Czechia taking on Finland, who they beat 15-0 in Prague to win the title back in March. 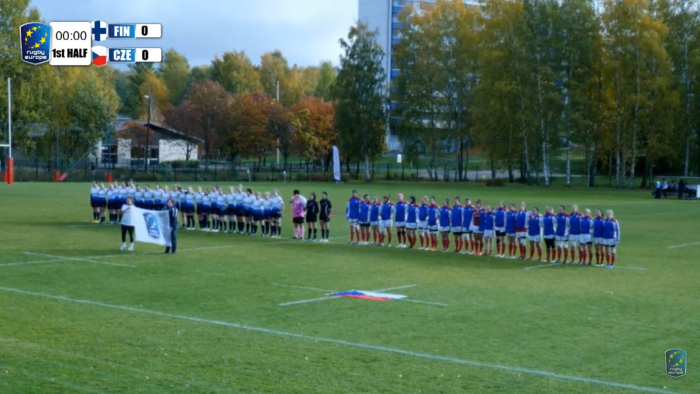 Overall this was a match that was a near stalemate, with strong defences repeatedly turning over attacks, but being often unable to break out and turn defence into attack, not least because both sides lacked strong kickers capable of making significant distance from penalties.

The Czechs kicked off on a day on sunshine and showers and, despite larger and more powerful Finns having the upper hand at most set-pieces, controlled most of the first half, but were unable to turn that possession into any points, and halftime came with the score still 0-0.

The second half began as continuation of the first before, after four minutes, the Czechs finally broke the deadlock with their first, and it was to prove, only try. As they had been pushed wide the conversion was missed

The restart put Finland deep into the Czech half for nearly the first time in the game, with the Czechs defending as solidly as the Finns had, but also being unable to break out until with just ten minutes to go the Finns forced over the try. As they too had been pushed wide, their conversion was also missed, levelling the score at 5-5.

The last ten minutes again belonged to the Czechs, but they were unable to breakdown the Finnish defence to add to the score, ending the opening game in the competition as a 5-5 draw.

Four of the remaining five games in the competition will be played over four weekends in November, with the final game being played after a winter break in May: