Only three weeks ago Germany were preparing for their first game in the European Championship next month with a game against the French Army, but that all came to a shuddering halt last weekend with confirmation that they had pulled out of the tournament 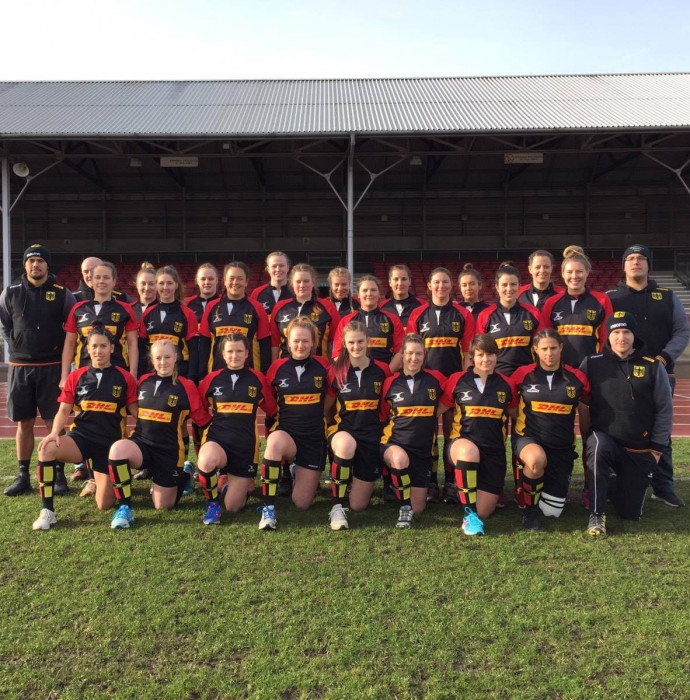 Germany only returned to test rugby in 2016 after a six-year absence during which they only played sevens, despite a long history of test rugby and having a national XVs league.

The European Championship next month would have seen them compete for place in the World Cup for the first time in over a decade. However, just over a week ago suspicions that all might not be well became public when a notice about their withdrawal from the European Championship briefly appeared on the German Rugby Federation (DRV)’s webpage – only for it to disappear just as quickly. Little more was forthcoming until early last week the Spanish Federation issued a revised women’s fixture list with the German game missing, before on Friday the DRV formally told Rugby Europe that they would not be taking part.

With little information available about this sudden turn of events we asked Viv Bahlmann, one of Germany’s leading players, what had happened.

She said that that, ironically, the problems seem to have started around the time that the German men’s team was reaching new heights, playing against Samoa for a place at the 2019 World Cup. Dr. Hans-Peter Wild (the Stade Francais owner) had for many years main sponsor of the German union, but the relationship seemed to fall apart at this time, first resulting in a player strike and ultimately with the businessman walking away completely just after the Rugby World Cup Qualifying Play-Off against Samoa.

“Since then”, Bahlmann continued, “the DRV – an organisation which relies on the hard work of dedicated volunteers to function at all – has struggled to find the cash needed to let their national teams continue to participate in competitions, and the women 15s national team has probably suffered the most.

“The poor financial situation meant that the team had to withdraw from the European Championship last weekend. Warm-up games like the one last month against the French Army are mostly enabled by a sponsoring association which was formed to help women’s rugby in Germany but they could not fund an entire European Championship campaign."

The players are determined to carry on playing:

“Despite from being eliminated from the European Championship, the German national team still wants to play their friendly match against the British Army in January, which is planned since their clash last February in Aldershot (England). The women's section of the German Union (DRF – Deutsche Rugby Frauen) is now trying to raise its own funding to be made to prevent further games from being cancelled. They can be made to Verein zur Förderung des deutschen Frauenrugby

“A new management board has taken over to try to bring order and structure into the Union. It has stated that there has been no budget plan in recent years, but this is now being drawn up. The new DRV-president, Harald Hees says that only money that is available will be spent. A search for new sponsors has not taken place for years and the union now started a crowdfunding campaign to try to enable the association continue to exist at all, with members of the union asked to donate money to ensure that the men’s XVs games will still be possible.”

Meanwhile from other sources we have heard that the men’s U18 and U20 teams may also have withdrawn from competition (though this is not yet confirmed).

At Scrumqueens we are shocked, but perhaps not totally surprised, to see that a dispute that appears to relate to the organisation of the German men’s test team has impacted hardest on the women’s team  – who had nothing to do with it – and that moreover the first priority of the Union is to keep the men’s team going, at the expense of pretty much all other international XVs rugby. When a financial crisis looms equality seems the first casualty.

It also seems to be an object lesson in not relying on just one source of funding, however generous.

The one positive is the determination to keep the XVs team going, even if it appears that it will now have to be self-financing. As well as the game against the British Army fixtures against Belgium and Netherlands are also planned