Fiji set new record in first round of Oceania Champs

Fiji won their first match against Papua New Guinea in the Oceania Championships by a world record margin, as the tournament rejoined the calendar for the first time since the COVID pandemic. 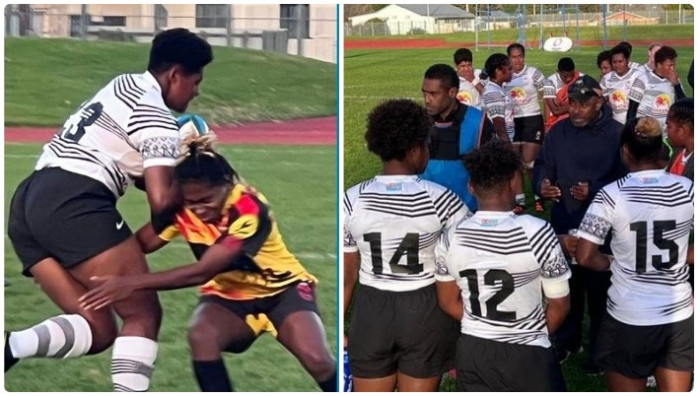 This weekend the Fijiana created history, scoring the highest points in both Men’s and Women’s Rugby after thumping Papua New Guinea 152-0.

Fiji opened the scoring almost straight from the kick-off, and within the next half an hour, were already up by 57-nil.

Overall they scored a total of 24 tries, taking full control with their trademark fast rugby racing to a 72-0 lead at half time.

The second match in the opening weekend was far closer, with Samoa edging Tonga 25-17.

Tonga scored first with a remarkable by team captain Mele Makineti Hufanga, after the Samoans were turned over just outside the Tongan 22. The ball was quickly moved wide to Hufanga who sprinted the length of the field to score after just four minutes. Samoa returned to the attack, with Robertson finally squeezed over in the corner to level the score.

Samoan pressure continued, and in the 29th minute they went ahead with a penalty.

Play continued to take place almost entirely at the Tongan end and in the 34th minute Samoa extended their lead with a try from Michelle Curry, also in the right corner, and from the final play before the break Utumalama Atonio scored a third try in the same corner. Samoa lead 18-5 at halftime.

Samoa continued to dominate possession in the second half, but without any further score. Just after 50’ a rare foray into the Samoan end say Hufanga dance through the Samoan defence to score her second try. With the conversion Tonga were back in contention at 18-12. The score transformed the Tongans, and just a few minutes later a terrific weaving run from Elianna Suluvale brought them to within a point of Samoa.

A tense last quarter could have seen the match go either way, but just before the final whistle it was France Bloomfield for Samoa who scored the decisive try to win the game for Manusina.