Zambian experience of test and international rugby put them on another level in their African Cup clash with Namibia today, running out 75-5 winners in Windhoek. 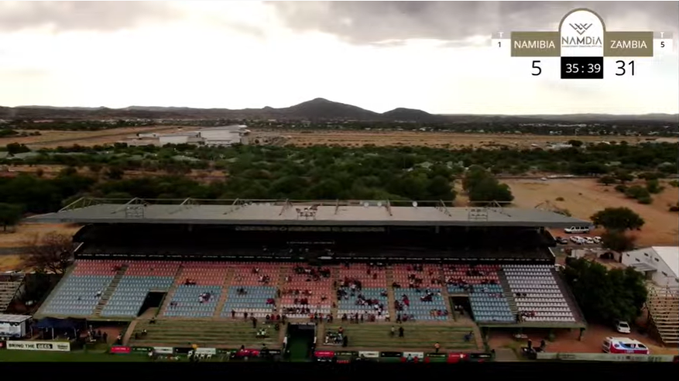 Namibia’s first international fifteens game for eight years meant the selection of a team entirely composed of players making their test debuts, and that lack of both international and fifteens experience was the difference between the two teams.

Despite the final score at set pieces and with ball in hand the Namibians were capable of holding their own against their far more experienced opponents – who gave been playing test and non-test internationals annually against Zimbabwe for some years.

But when having to defend, in particular against the powerful Zambian pack, the Namibians betrayed they inexperience of the fifteens format, with Zambia able to take advantage of large gaps in the Namibian line, a lack of speed when defending rucks, mauls or penalties and a general lack of awareness about how to react when faced with players in green and white running against them.

As a result scores came at regular intervals, with captain Natasha Musonda in particular having a field day, scoring several tries herself as well as setting up others. Veronica Lungu also crossed the line on multiple occasions. Other players to get on the scoresheet included Dorothy Kasonka, Elizabeth Chibomba, and Lillian Mukosha.

This was the final of the 2021 Africa Cup games that have seen 11 African nations taste test rugby, some for the very first time. Many will be back next year with a competitive continental tournament is planned, with spots in the WXV tournament the target for 2023.