Confirmation today that the outstanding European Championship games will take place this autumn. 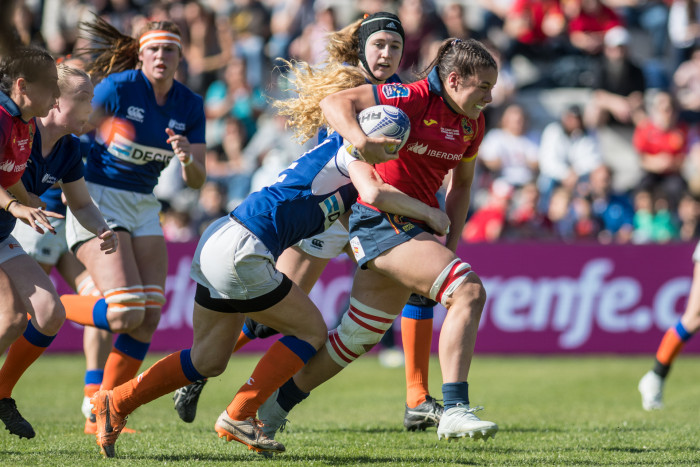 Rugby Europe has today confirmed that the postponed fixtures of the Women’s Rugby Europe Championship 2020 will take place this autumn.

The first game in the championship took place in March when Russia neat the Netherlands 27-21 in Amsterdam. The next two games – Spain v Russia and Spain v Netherlands – were due to take place in April, but were postponed due to the Coronavirus outbreak

Today Rugby Europe confirmed information that came out of Spain earlier this week that these two games will now take place at the end of October. Spain will now host Russia on the weekend of October 24/25 (information from Spain suggests that the game will be on the Saturday), before taking on the Dutch on October 31.

The venue for the games was originally set as being Madrid, but this has not yet been confirmed for the rearranged fixtures.

The winner of the championship is then due to take on Ireland, Scotland and Italy European World Cup qualifier.

This was planned originally to consist of two two-legged semi-finals followed by a final at the home of the higher ranked team.

This has now changed and instead the European Qualifiers will be played as a single round-robin tournament, to be held on the weekends of 5, 12 and 19 of December 2020. As a result Scotland and Italy’s rearranged Six Nations game will now double-up as their first World Cup qualifier.

The dates and venues for the other five games will be officially announced once the European Championship is completed. However, reports from Spain suggest that (on the assumption that Spain win the Championship) the FER are preparing for:

The winner of the qualifier will take part in Rugby World Cup 2021 and the runner-up will progress to the final qualification “repechage” tournament, which will be organised by World Rugby in 2021.

The repechage will also feature the winners of Kenya v Colombia and Samoa v Tonga, plus the runners-up from the Asian Championship (Hong Kong v Kazakhstan v Japan). Dates for these matches and tournaments have yet to be announced, but the Asian Rugby has said that their tournament will not take place until 2021.

The winner of the Asian Championship will qualify directly for the World Cup.

This autumn will also include the remaining Six Nations games, also in October, plus two games between England and France in November (on 14th and 21st November, according to the FFR).