England will face Canada three times on home soil this November, with the games confirmed as part of the Old Mutual Wealth Series. 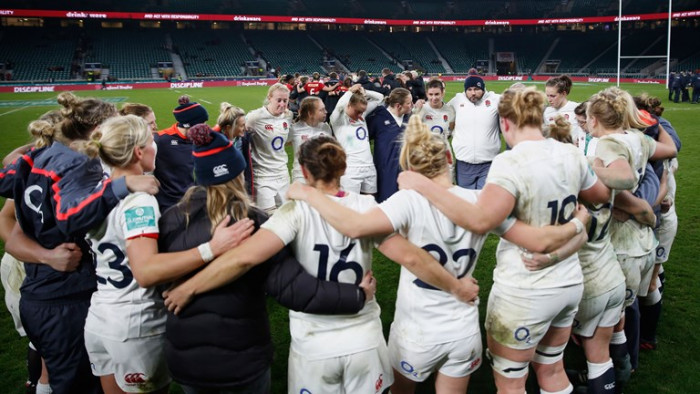 The games all take place in London begining at Allianz Park, the home of Saracens, on Friday 17 November, before meeting in a midweek fixture at The Stoop on Tuesday 21 November and then in the series finale at Twickenham Stadium, kick off with free entry after the men’s game against Samoa on Saturday 25.

England head coach Simon Middleton said: “2017 has been an exceptional year for women’s rugby at international level with the team securing a Six Nations Grand Slam, a whitewash tour in New Zealand in June and reaching the final of the Women’s Rugby World Cup.

"We want to continue to build on the successes of last season and are looking forward to taking on Canada, a world-class side, in what will be a demanding three-Test series in November.”

The two sides have played each other 25 times,  with England winning 21, including the 2014 Women’s Rugby World Cup final. The two sides most recently met in Christchurch, New Zealand during the International Women's Rugby Series in June, with England securing a hard fought 27-20 win.

Canada will be without Francois Ratier, the former head coach who has moved onto a new role with Rugby Canada. His successor has not yet been named.

Tickets for the England Women Old Mutual Wealth series will be available via EnglandRugby.com/tickets from 9am on Friday 29th September.