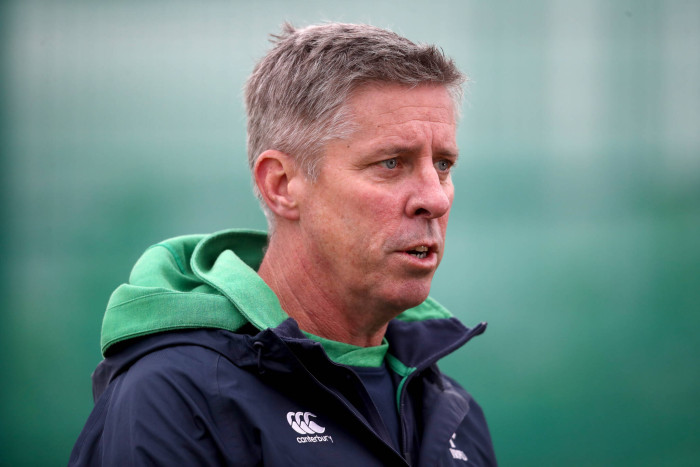 Eddy departs the day before the publication of the independent review into the failure of Ireland to qualify for this year's World Cup.

While it's understood Eddy had already been moved on from his role with the women's national 15s programme, he was still carrying out his roles overseeing the men's and women's sevens programme.

He had been under pressure ever since a public interview last year where he appeared to lay the blame of the failure of the women's 15s team to qualify for the World Cup solely at the feet of the players, taking no personal responsibility.

While it was not the only catalyst, his interview was followed by the publication of a letter signed by over 60 current and past players declaring they had lost all faith in the IRFU and demanding change.

In recent months, a group of four leading players - Cliodhna Moloney, Claire Molloy, Ciara Griffin and Lindsay Peat have been locked in discussions with Sport Ireland, Ministers and the IRFU about the changes needed in the programme, with the first wave of those set to be confirmed tomorrow as part of the World Cup review.

A second review is also about to get underway looking at the overall game in Ireland.