Our guest columnist this month is former Ireland captain Fiona Coghlan who picks out six rising stars in Ireland following the end of the women's Interprovincial tournament. 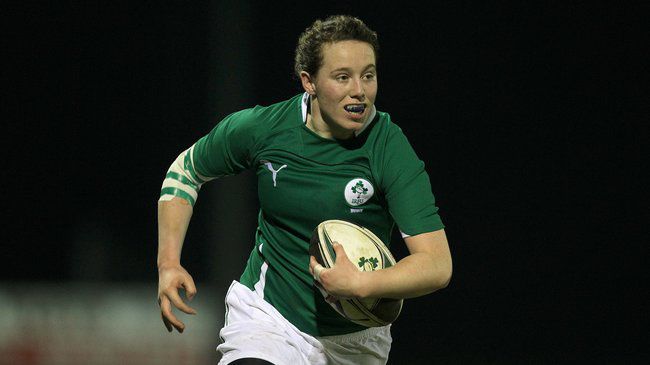 After watching a number of the recent Interprovincial games I have to admit I walked away from it unenthused.  Perhaps it is where it is positioned in the season or perhaps it is the limited accessibility to players, but the standard is not where it should be.

This is not a new problem in the Irish game but it is something we need to address or the Irish coaches will continue spending the bulk of their time on basics when players break into the International set-up, which is certainly not where we want to be at.

However it does allow head coach Tom Tierney a chance to see players in competitive games before the club season starts.  With the Irish squad back in full strength and conditioning training since the beginning of the summer and at monthly camps, the sooner Tom can get access to these players the better.

I have picked a handful of players that are already in the extended squad and would be looking to get into match-day squads and some players that would be hopeful they have done enough to impress the Irish coaches for a call up.

Niamh Kavanagh (winger/centre) pictured It was great to see Niamh Kavanagh back on the pitch after a tough two years of injury.  All of her Irish caps have been on the wing but Munster used her in the centre to very good effect.  Well known for her strong hard lines of running, she didn’t fail to disappoint in the Interpros, gaining ground everytime.  It is important now for Niamh to improve her match fitness and develop more to her game to make up for lost time.

Mairead Coyne (winger/fullback) A Gaelic football player with Galway, Mairead plays her rugby with Galwegians RFC and Connacht. Mairead was involved in the extended Irish squad for the World Cup and she has been progressing well since then.  She has become more assured in her role as fullback.  Very good under a high ball, she is equally comfortable running the ball or putting boot to ball.  Although not challenged too much defensively, she dealt well with anything thrown at her.

Ciara Cooney (2nd Row) Ciara made a name for herself in the 2014 Interprovincials when the Irish Internationals were not playing.  She continued that good form in this season’s competition.  Standing at just 5ft 8 she is not the tallest second  row, but she still offers a good option in the lineout.  Around the pitch she does a lot of hard unseen work like most second rows. Depth at lock or Ireland has long been an issue so it would be great to see some competition for places in this area.

Cliodhna Moloney (hooker) Unfortunately her Interprovincial season was cut short after picking up an injury in the first game. The glimpses that we saw of her in that game bode well for the future.  She is a strong ball carrier and a very dynamic player.  She needs to work hard on her throw and game awareness but she appears to have the potential to step up.  She will learn plenty, training alongside the excellent Gillian Bourke.

Louise Glavin (centre/fullback) Having already starred on the Irish Sevens team this season, it would be great to see what Louise can offer the XVs team.  From her first training session with UL Bohemians, she stood out as having something special. Having played Gaelic football and Basketball to the highest level she has all the skills that can add some excitement to the Irish midfield. However it is Louise’s attitude and desire to be the best she can be that stands her apart.  The dates and venues of the WSWS could hamper Louise’s or any of the 7s players chance of playing XV’s this season however.

Ciara Griffin (backrow) Ciara has quietly been going about her business for the last few years with Tralee and Munster.  This year she appears to have matured as a player and was the in-form back row player of the tournament. In the final game her work at the break-down was excellent and she was a terrier around the pitch.  She will need to develop her linking game to step it up to International level, but after an impressive tournament she will have surely caught the Irish coaches eye.