Caslick back in 7s fold

Australian sevens starCharlotte Caslick hopes to begin contact training by Saturday, six weeks after fracturing her spine, as she targets another Olympic gold. 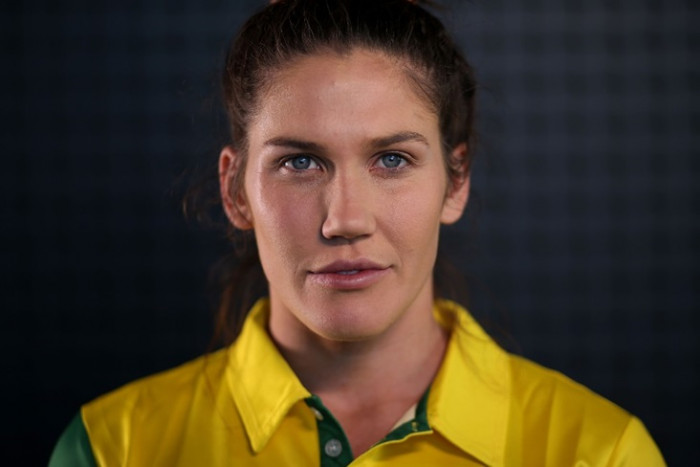 The Australian playmaker committed to the 2021 Olympics in Tokyo on Thursday, waving away concerns of any long-term injury after receiving the strongest word yet that the Games will go ahead.

The 25-year-old was a prize NRLW recruit for the Sydney Roosters after Tokyo's 2020 Games were postponed and the women's sevens world series cancelled.

She lasted less than two games though, missing the Roosters' grand-final appearance after copping a stray knee to the back and sustaining two small fractures in her lumbar spine.

Caslick, who is already completing running and skills sessions, had been linked to a code switch in the past but she says the shortlived cameo will remain exactly that for the near future.

"I would never do it full-time while sevens is going the way it's going," she said.

"It's still leading the way in the contact sport domain for women and while I can still train professionally I won't be passing it up."

Caslick burst onto the scene with a starring role as Australia won the first Olympic gold on offer four years ago.

COVID-19 continues to cast doubt over the new Games date but Caslick is confident they'll have a chance to defend their title.

"We had the chef de mission for the AOC (Ian Chesterman) in yesterday and he's put his house on it that we're going," she said.

"It was certainly hard watching the NRL, AFL, Super Rugby grand finals and not being out there doing it, but we'll get our chance and I'm sure they'll be jealous watching us at the Olympics."

Coach John Manenti said Caslick's return was crucial for their hopes and admitted the 12-month postponement would work in their favour.

"We were still chasing, and chasing hard to get to where we wanted to be," he said.

"We blooded a lot of young girls last year ... I didn't know COVID was coming but it's worked in our favour and 12 months on they'll be a ripe age and we'll have a lot of players putting their hand up for Olympic spots."