The formbook went out of the window this weekend at Kitakyushu. 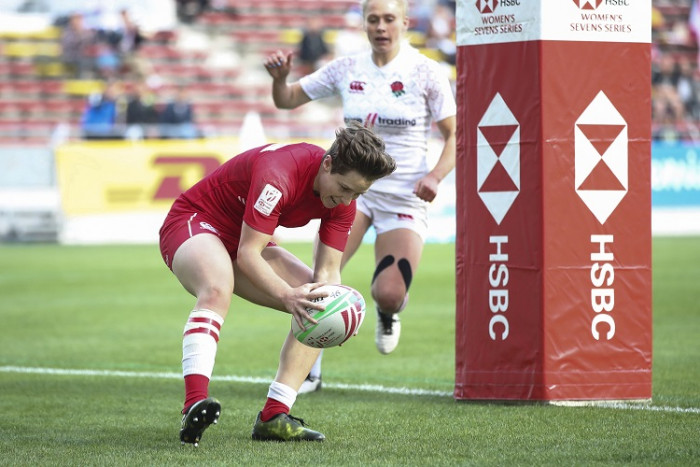 Coaches and managers from around the series will be scratching their heads after this weekend’s remarkable round of the Women’s World Series in Kitakyushu.

As usual there were a few squad changes before the latest round of the compared to the previous round in Sydney. New Zealand left Blyde, Broughton and Whata-Simpkins at home, but there was still plenty of experience in the squad and certainly nothing to suspect that the Ferns would have their worst ever opening day in a World Series competition. Australia on paper looked even stronger than the team that reached the final at Sydney, but they too will want to perhaps forget their visit to Japan.

The first round of games gave no indication as to what was to come. New Zealand continued their year-long run of wins with a comfortable win over Japan, the United States recorded one of their biggest ever wins over the young England team (with four teenagers, the youngest in the tournament), Australia looked back on form with a big win over China, and Canada beat a spirited Spain. The top four were on expected form.

That things might be a bit different became clear at the start of the second round when England beat Ireland in a fixture that the Irish have dominated for past year, and which may become very important in the year ahead. And they did so by 31-0.

And then the Ferns met Russia in a ding-dong game, with Russia always ahead, but New Zealand coming back. A converted Zdrokova seemed to have given them the game, but there was just time for a restart from which New Zealand eventually scored. 17-17.

And so to the third round. First England went behind to Fiji – who had beaten them in the Sydney Challenge final – but England fought back to win. Next Ireland – against all form so far - lead most of the way against the United States, only for tries from Kirshe and Kelter to steal the game back.

Then at the end of the day, France took on New Zealand for the 22nd time in the World Series, 26th time overall. On so many occasions France had been close – but not this time. 29-7 France won – five tries, and one of the Ferns biggest ever defeats to end the day with one win – their worst ever opening day in the World Series.

So often day 1 is no guide to day 2, but not here. Canada held off a Russian comeback in the opening game, before the USA continued where France had ended day 1, racing to a 19-5 lead shortly after the break. But New Zealand fought back to tie it at 19-19 thanks to a brace from Williams, before Kristi Kirshe scored the winner for the USA from the final play.  The United States were into the last four again – the only team to reach every semi-final this season.

Next up England nearly whitewashed a near all-star Australia, Sykes getting a consolation at the end. With France beating Ireland we had a guaranteed Europe v North America final.

Last four, and Canada lead all the way to beat their greatest rivals, USA, 24-12. France then take on England, and take an early lead through Séraphine Okemba ending a great move started by Shannon Izar, but England soon tie it up and its 12-12 at half-time. A tense second half sees France go ahead with a great run from Anne-Cécile Ciofani. Then Abbie Brown spots a gap from inside her own 22 – and crucially Aitcheson converts for England to lead 19-17. Into the last minute, and a French lineout – but the throw is not straight, England win the resulting scrum and go from Challenge Final in Sydney to Cup Final in Kitakyushu.

Down to the first final to not feature an antipodean team. And its full of tension. Down to the end of the first half and there is no score, with England on the Canadian line. Emma Chown risks a chance for a turnover, but misses and leaves a gap for Amy Wilson Hardy. England lead 5-0 at half-time.

There is nothing between the team in the second half, with England looking to run down the clock. Into the last minute, England win a lineout and just need to keep possession, but with 10 second to go are called up for a forward pass. Canada win the scrum, keep possession and after two minutes of overtime Landry pulls the teams level – and converts to win the title for Canada.

It was a final that typified a thrilling weekend of games won and loss by tiny margins, but also where also small changes in squads may have had big differences in outcomes.

Where France are now just 10 points behind Australia for the fourth Olympic place. Surely France can’t catch them over the final two rounds? We’ll have to rewrite our Olympics expectations if they do!

But also where in the end experience and Ghislaine Landry made the difference for Canada.