Canada were comfortable winners of the Rugby Americas North World Cup qualifier last weekened (23/24 April), qualifying for the region's place at the Word Cup in September. 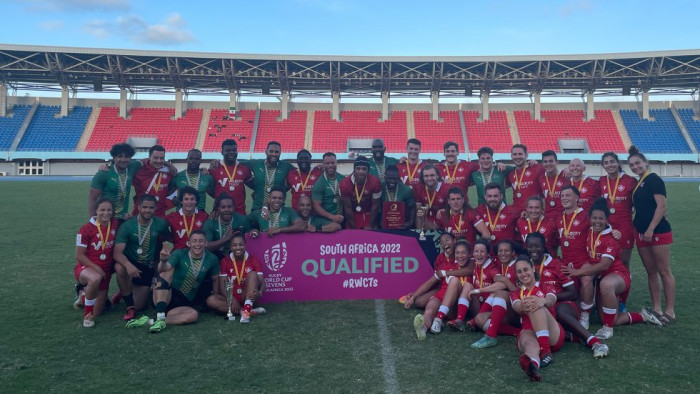 Five teams eventually took part in the qualifier in The Bahamas - Canada, Jamaica, Mexico, Cayman Islands and Trinidad and Tobago - after the Dominican Republic withdrew

Day 1 for the Women’s teams was round robin for the teams with Canada defeating Trinidad and Tobago in a comfortable victory 44-0.

In the second match of the Women’s competition, Mexico defeated the Cayman Islands 48-5 in their first match of the day, while Jamaica went on to defeat Trinidad and Tobago 27-10.

Team Mexico then found themselves unable to score against Canada in the last game before the break, Canada taking it 45-0

When play resumed, Canada had a showstopping win ag.ainst Jamaica 66-0, while Trinidad and Tobago defeated the Cayman Islands in the final Women’s game of Day 1.

Day 2 showcased more highlights for fans including a remarkable try in the opening match from Schmarrah McCarthy for Cayman Rugby, despite their defeat to Jamaica.

Canada was again unstoppable in their win against the Cayman Islands 71-0 to secure their place in the Cup Final, while team Mexico were just as determined to make it through, defeating Jamaica 38-5.

To round out the Women’s competition, Canada continued their winning streak in the Championship Final, beating Mexico 33-0 and advancing to the 2022 RWC Sevens in South Africa.