Brazil have won the Valentin Martinez 7s in Montevideo while Colombia and Argentina win places at the World Series qualifier. 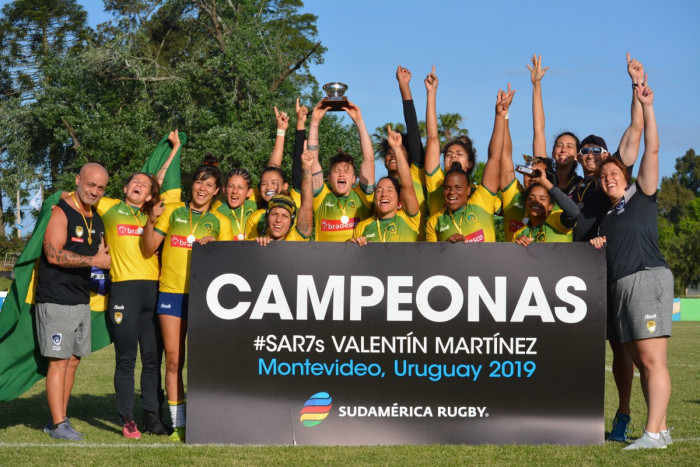 Brazil have won yet another South American 7s title, the latest being the Valentin Martinez 7s in Montevideo.

The nine-team tournament began with three pools of three. The winners and best runner up from these pools proceeded to a championship pool, while the rest played off for the challenge trophy.

There was little doubt who the top four were. Brazil romped through their pool with big wins over Uruguay and Chile, and Argentina also joined them winning Pool C almost as easily. Both Colombia and Paraguay qualified from Pool B, but the only close game was their match between each other.

Peru were to win the Challenge, but all eyes were on the “Gold” pool which would decide the finalists, as well as two places in the World Series qualifier next year.

Brazil continued to be little troubled, their 47-7 demolition of Colombia being particularly impressive and revenge for their bronze medal defeat to the same opposition in the PanAm games earlier this year. Argentina won the crucial pool game with Colombia 20-12 to set up a final with their longstanding rivals.

With Brazil – already a World Series team - in the final this meant that the third place game would also now have the extra carrot of a spot in the World Series qualifier. Colombia and Paraguay had tied 5-5 in their pool match, but this time Colombia had the edge to win 19-12.

By making the final Argentina had also qualified, but with a title at stake they rose to the occasion – but quite not enough to stop the Brazilians, who edged the game by the odd try in five (plus two conversions).